Syed Kashaf has previously been booked by the Hyderabad Cyber Crime police in 2020 for inciting conspiracy, promoting communal enmity and selling defamatory content over a tweet.

Kashaf, who claims to be a political strategist, led a strong protest with hundreds of others who demanded strict action against BJP MLA Raja Singh for allegedly making derogatory remarks against Prophet Muhammed. Kashaf was seen raising "Gustak E Rasool ki ek he saza, sar tan se juda.." (go ahead and behead) slogans brazenly with the irate crowd.

Speaking to TV news channel India Today, Kashaf admitted to using the 'Sar Tan Se Juda' slogan to protest against the alleged blasphemous remarks on Prophet Muhammad and expressed no regret in doing so.

"In this protest, I myself used the slogan. I did not have any intention of doing something unconstitutional. My intention was that the person who abuses or uses ill language against the Prophet will suffer the punishment 'sar tan se juda'. That is my religious belief," Kashaf told India Today.

"Hyderabad is totally controlled by us," the activist further said after being questioned about the consequences of the slogans chanted by him.

"I am accountable for whatever happens in the future," he added.

The controversial 'Sar Tan Se Juda' chants came to light in June this year when a mob vociferously raised the same to back the killers of a Hindu tailor Kanhaiya Lal in Udaipur. Lal was accused of sharing similar derogatory remarks against the Prophet. He was beheaded in his shop on a busy street by two men offended by his action.

Notably, Kashaf has previously been booked by the Hyderabad Cyber Crime police in 2020 for inciting conspiracy, promoting communal enmity and selling defamatory content over a tweet.

After quitting politics, he became a social activist and also participated in the anti-CAA protests.

Meanwhile, amidst massive protests against the Telangana BJP MLA T Raja Singh, the police on Tuesday arrested him after a case was lodged against him over his derogatory remark on Prophet Muhammad.

Following the controversy, Singh on Tuesday was suspended by the BJP hours after his arrest.

The protests continued on Tuesday as well in Charminar and other parts of the old city area in Hyderabad. The streets wore a deserted look with several shops being forced to shut. 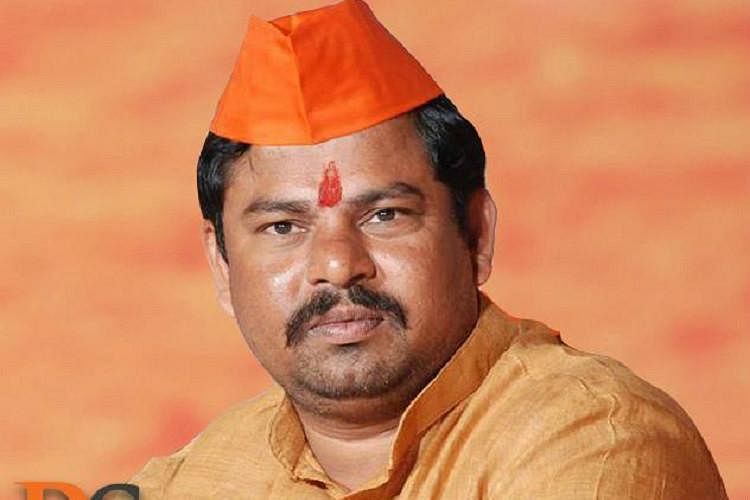