'How can the administration be silent?': Priyanka Gandhi Vadra after meeting family whose 4 members were found dead in Prayagraj 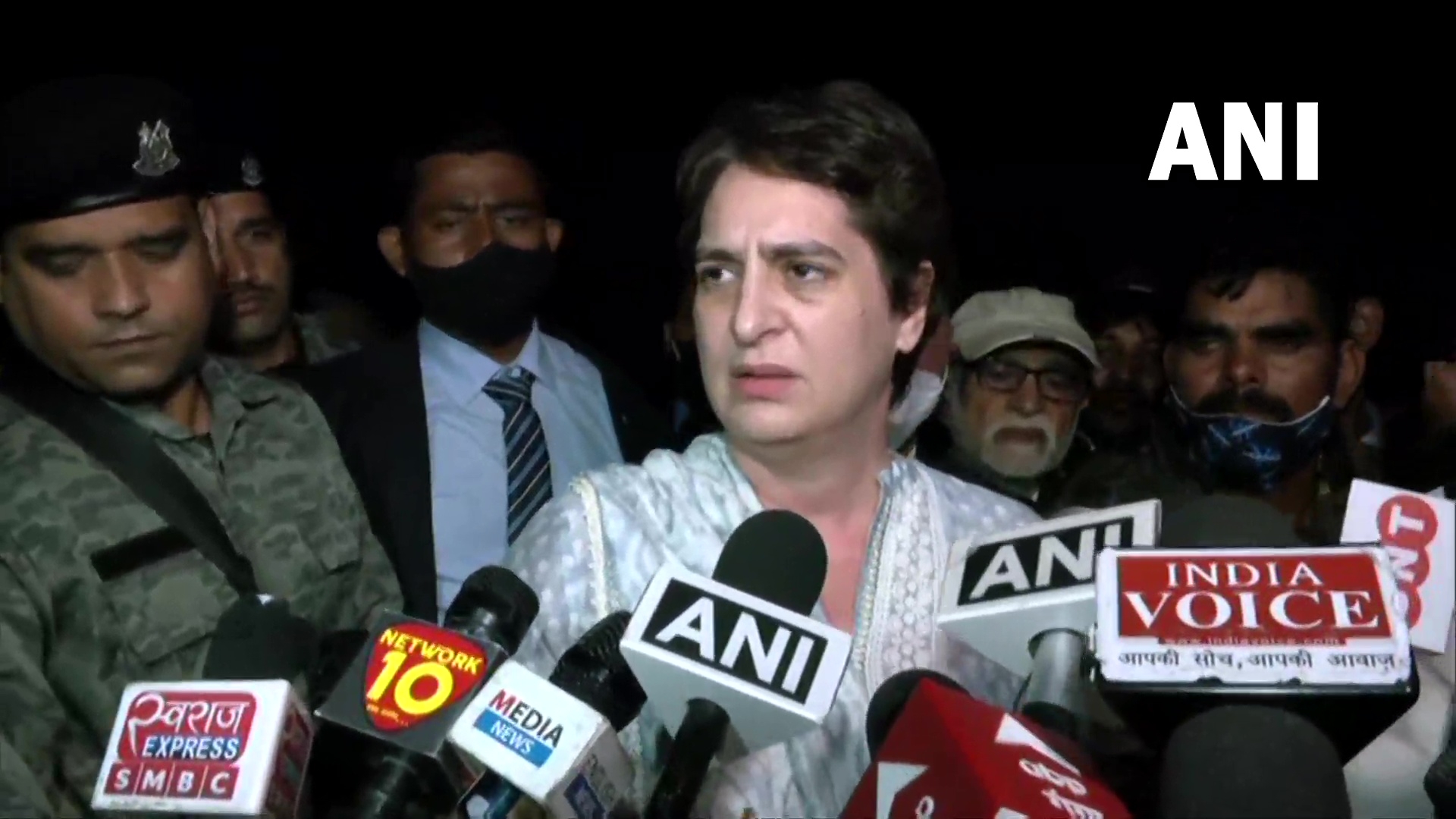 'How can the administration be silent?': Priyanka Gandhi Vadra after meeting family whose 4 members were found dead in Prayagraj | ANI Photo

Congress General Secretary Priyanka Gandhi Vadra on Friday visited Prayagraj to meet the kin of a labourer family in Gogri village whose four members were found dead in their house.

"The family is in terror. All of them are women, the male member works in Jharkhand. They don't know what will they do alone, somebody can come & torment them. Police didn't help them," news agency ANI quoted Priyanka Gandhi as saying.

She added, "Two Police personnel were removed from here yesterday. The women tell me that when they used to go to complain, the Policemen used to mock at them...How can the administration be silent?"

"Deceased Phoolchand (45), wife Meenu (40), daughter Sapna (17) and son Shiv (10) belonging from one family were found dead . The deceased family had filed an SC/ST case against some people of the village itself. This controversy escalated," said Sarvashresth Tripathi, Deputy Inspector General of Police, Prayagraj on Thursday.

Reportedly, the police are also accused of not taking any action in the cases filed by the deceased family.

"The allegation of not taking any action in earlier cases is also alleged by the family of the deceased. Keeping all these in mind, action is being taken, some people have also been taken into custody. Axes were found near their bodies, it looks like they were hit by those axes only," Tripathi further said.

According to news agency IANS, they were hacked to death in their house over a property dispute.