Few students of Karnataka Public School in Nellihudikeri in Kodagu district staged a protest against the hijab ban.

As schools in Karnataka reopened for classes up to standard 10 amid the Hijab row, state's Home Minister Araga Jnanendra on Wednesday informed that the overall situation is peaceful, except for a few reported incidents of alleged denial of entry to girl students into schools with headscarves and Burqa.

Speaking with ANI, Jnanendra said, "The overall situation is peaceful. Few incidents were reported (on alleged denial of entry for girl students into schools with their headscarves and Burqa). Everywhere students are wearing hijab till the premises and removing it while entering the campus." Further, the Karnataka Home Minister said that the state government is following the interim order passed by the High Court.

"If anyone violates the order, action will be taken as per law," he said.

Meanwhile, Prohibitory orders under section 144 have been imposed in the vicinities of pre-university colleges and degree colleges in the Udupi district.

Allegedly, some students were asked to sit in a separate room as they refused to appear for exams without wearing their headscarves in Shivmogga and Udupi cities of the state.

Few students of Karnataka Public School in Nellihudikeri in Kodagu district staged a protest against the hijab ban.

Parents who were standing outside the schools informed that the school administration also asked students to appear for exams without hijab.

The Hijab protests in Karnataka began in January this year when some students of Government Girls PU college in the Udupi district of the state alleged that they had been barred from attending classes. During the protests, some students claimed they were denied entry into the college for wearing hijab.

Following this incident, students of different colleges arrived at Shanteshwar Education Trust in Vijayapura wearing saffron stoles. The situation was the same in several colleges in the Udupi district.

The pre-University education board had released a circular stating that students can wear only the uniform approved by the school administration and no other religious practices will be allowed in colleges.

Meanwhile, the Karnataka High Court also appealed to the student community and the public at large to maintain peace and tranquillity while hearing various pleas challenging a ban on hijab in the state.

Senior Advocate Devadatt Kamat, appearing for the petitioners, on Monday, told the Karnataka High Court that leaving it to the college committee to decide whether the hijab is allowed or not is totally illegal. 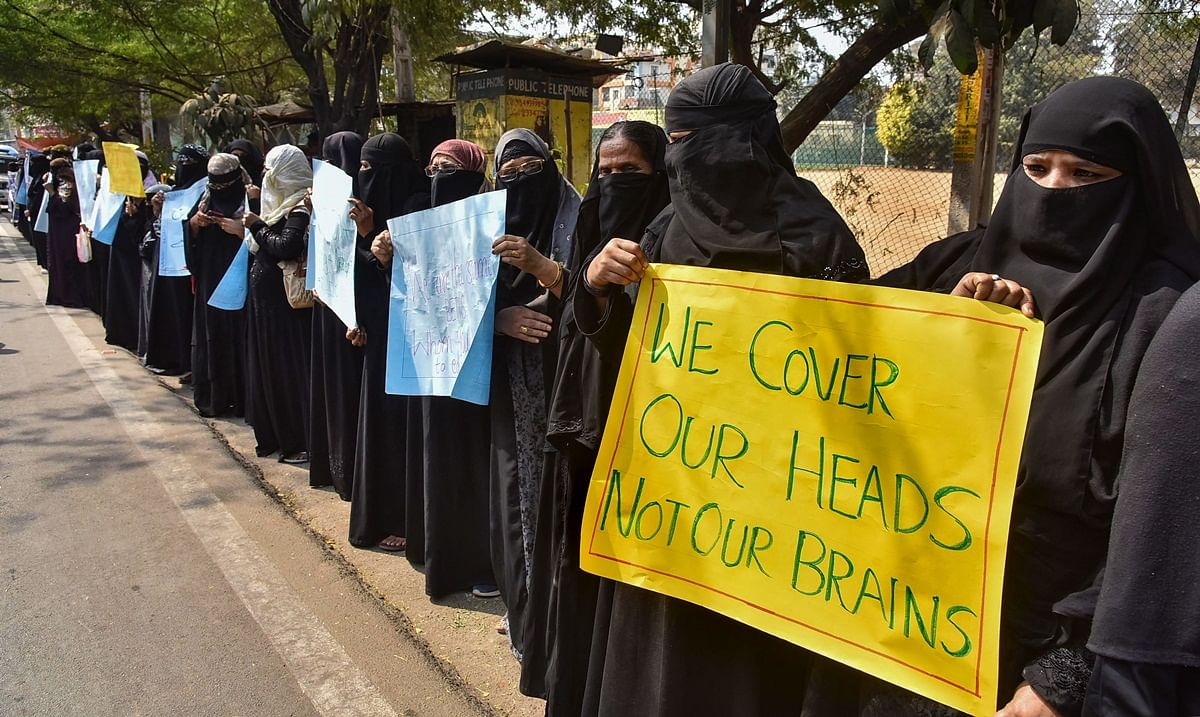