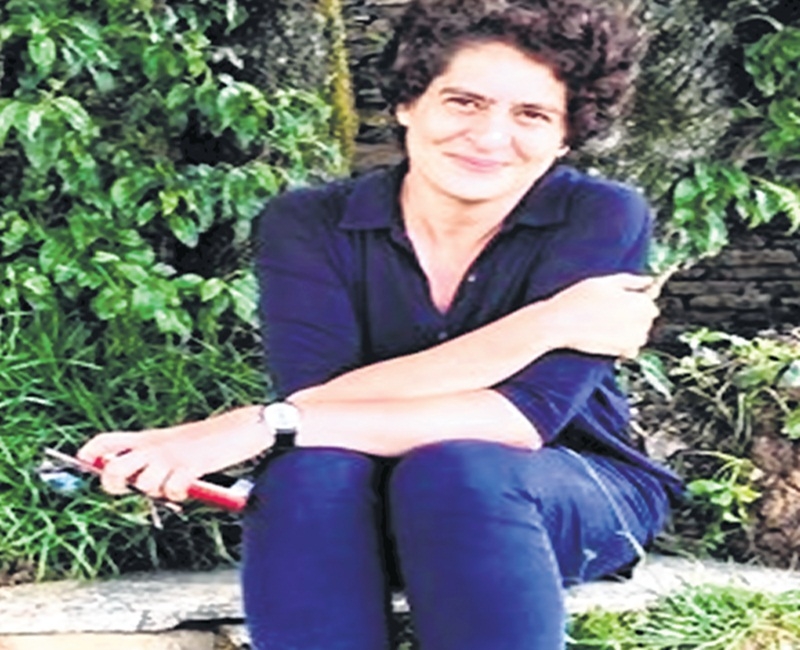 New Delhi: Congress General Secretary Priyanka Gandhi Vadra’s change of display picture on Twitter — from a sari-clad look to one in a pair of jeans — got the social media world talking. Gandhi joined Twitter over a month ago and has 2,56,000 followers. ‘

On Wednesday, she changed her Twitter profile picture the one in which she was in a maroon sari with a long-sleeved blouse. Her new avatar flaunted jeans and a blue shirt. The change in the profile picture got Twitterati talking. “Gandhiji always wore one type of clothes. But what about you.

Sometime jeans and top, other times sari. Not confident about your clothing? Do you think people can be be fooled by wearing sari,” another added. Gandhi did not just invite trolls, there were quite a few compliments that came her way, as well.

“Finally a woman politician wearing jeans in Twitter DP, in public…Priyanka, takes it a notch higher,” one user wrote, while another commented: “A tight slap to all who criticised her for wearing sari only at the time of elections… Plain, simple and just her….. Take that Bhakts?”