Has the CoWIN COVID-19 vaccination platform been hacked? Here's what the Centre has to say

On Thursday, reports indicated that the CoWIN platform, used by those registering for the COVID-19 vaccine, may have been hacked. But as many took to Twitter and other platforms in frenzied protest, cybersecurity officials as well as the Government remained skeptical, dubbing it fake news. The Centre however said that it would be looking further into the matter.

A group called 'Dark Leak Market' took to social media claiming that they now had the database of about 15 crore Indians who had registered themselves on the CoWIN portal. The group said that they were reselling the data for $800, insisting that they were not the "original leakers".

Hours later, the Centre debunked the media reports, stating that 'prima facie' they appeared to be incorrect. The government however said it would be undertaking further investigation. As per a statement issued by the Union health ministry, the matter is now under scrutiny by the Computer Emergency Response Team of the Ministry of Electronics and Information Technology (MietY).

"There have been some unfounded media reports on the CoWIN platform being hacked. Prima facie, these reports appear to be fake," the statement added.

According to Dr R S Sharma, the Chairman of the Empowered Group on Vaccine Administration (CoWIN), the platform stored all data in a "safe and secure digital environment" and did not share it. He also noted that the data that had purportedly been accessed by the hackers included the geo-location of beneficiaries - something that is "not even collected at CoWIN".

Reports quoting cybersecurity researchers also held a similar opinion, stating that the website behind the entire thing was fake. French security researcher Baptiste Robert aka Elliot Alderson who had initially retweeted the claim later removed the post from his profile.

"CoWIN is not hacked as the so-called hacking group is listing fake leaks. It is a Bitcoin scam and people should not fall victim to these hackers. The CoWIN data is safe," independent cyber security researcher Rajshekhar Rajaharia told IANS. 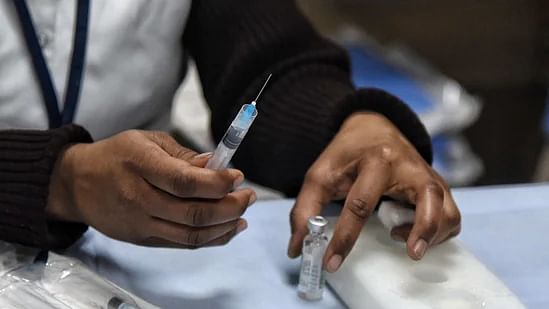 HomeIndiaHas the CoWIN COVID-19 vaccination platform been hacked? Here's what the Centre has to say