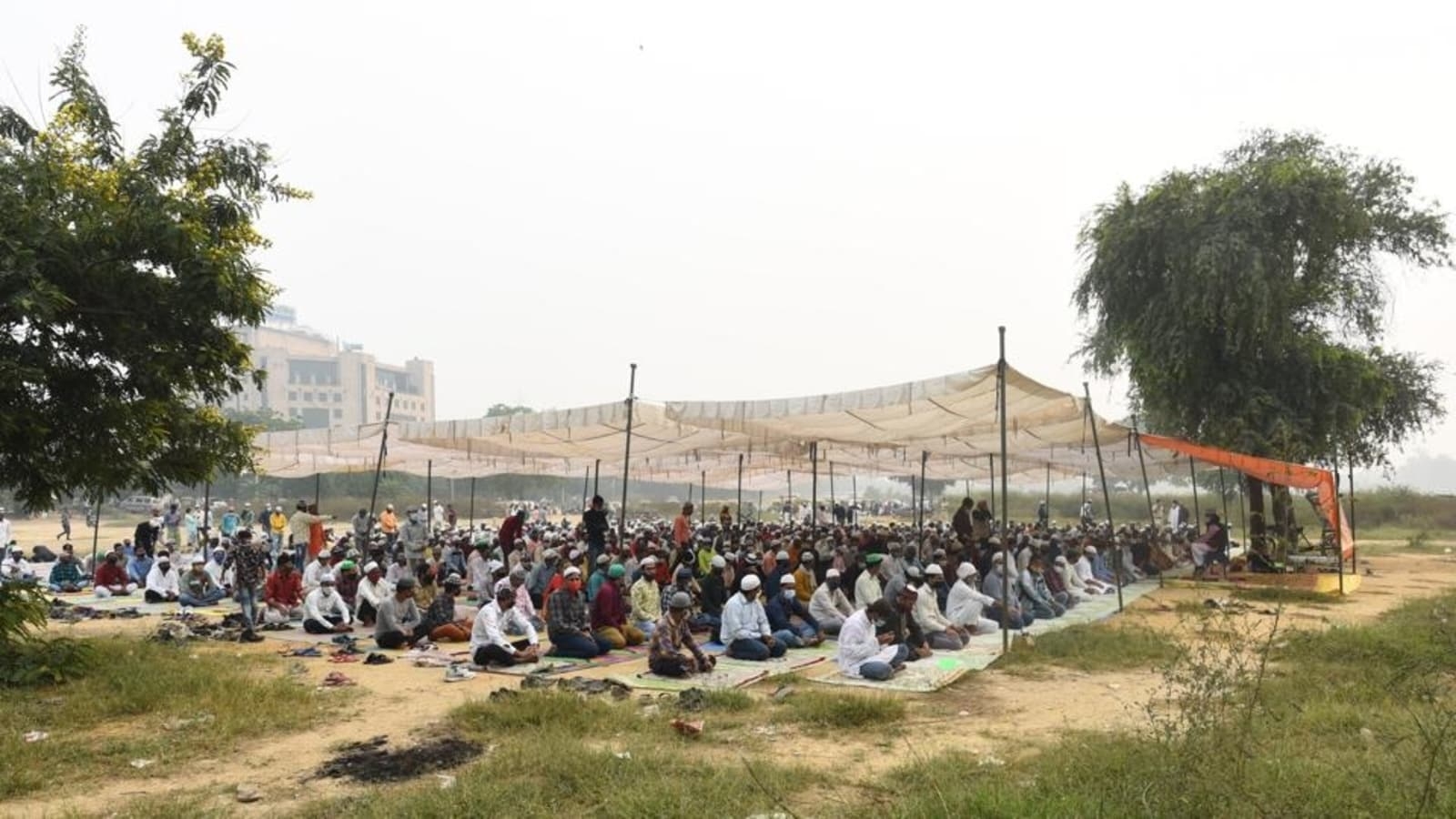 Right wing groups, in a protest against Muslims offering namaz in public places, occupied a site in Gurugram's Sector 12A, claiming to make a volleyball court at the designated place, according to a report by NDTV.

Nearby, rows of cow dung cakes spread across the ground last week remained untouched, after right-wing groups held a "puja" that included spreading the dung over the namaz prayer spot.

This comes amid numbers of protests and displays of intimidation at this and other sites for the past several weeks in Haryana's Gurugram where members of right-wing groups - have hit out at the Muslims praying at what they say are public spaces.

The site in Sector 12A is one of 29 (it used to be 37) "designated" for the offer of namaz after an agreement between Hindus and Muslims following similar clashes in 2018.

Last week, Gurugram administration withdrew permission to offer namaz at eight out of 37 designated sites. On several occasions earlier, residents of Gurugram have complained and staged a protest against Friday namaz at a public ground. As per an official statement from the district administration, the permission was cancelled after an objection from local people and RWA.

Last month, Muslims who were offering namaz (or daily prayers) on a private property in Gurgaon's Sector 12-A were faced by a crowd - that locals claimed included Bajrang Dal workers - shouting 'Jai Shri Ram' slogans, underlining growing tension in the area over this issue.

Union Minister Krishan Pal Gurjar - the junior Social Justice minister-had appealed to people to offer namaz or prayers at specific places only which are identified by district administration and government.