Harappan city of Dholavira becomes fourth site in Gujarat to get UNESCO’s World Heritage tag: All you need to know about it 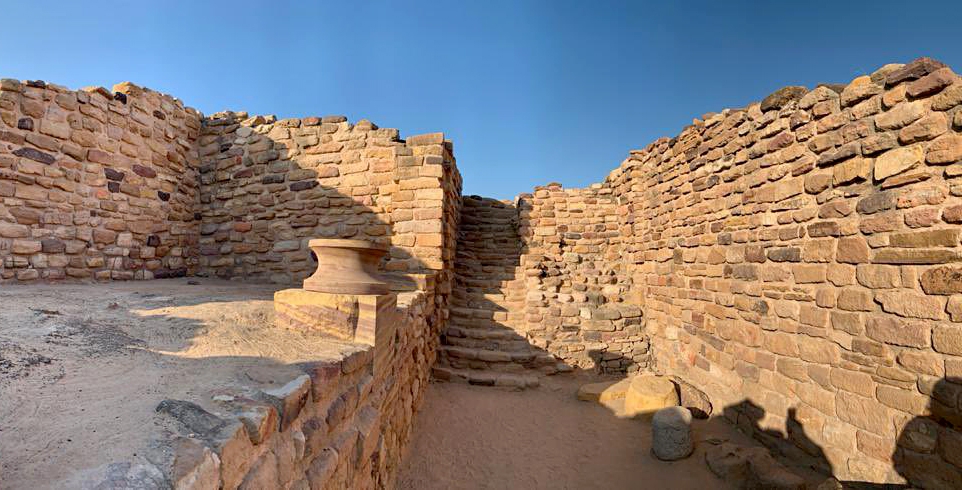 Gujarat, July 27 (ANI): Dholavira, a Harappan-era city, has been inscribed as a World Heritage Site (WHS) by the UNESCO heritage committee, at Khadirbet, in Kutch on Tuesday. | (ANI Photo)

Ahmedabad: In a big moment for archaeologists, historians and urban planners in Gujarat and across the country, Dholavira, a famous Harappan-era metropolis in the mystical desert district of Kutch, was on Tuesday inscribed on the UNESCO’s World Heritage List.

Dholavira becomes the fourth site in Gujarat after the historic Ahmedabad city, Rani ki Vav in Patan and Champaner near Pavagadh and 40th in India to figure among UNESCO’s World Heritage sites.

The decision was taken at the 44th ongoing session of the World Heritage Committee of the UNESCO which is chaired from China and is meeting from July 16 to July 31. The 13th century Rudreswara temple in Telangana has also been included in the list.

As the news broke, Prime Minister Narendra Modi took to his Twitter handle, stating: “Absolutely delighted by this news. Dholavira was an important urban centre and is one of our most important linkages to our past. It is a must-visit, especially for those interested in history, culture and archaeology.”

Culture Minister G Kishan Reddy also tweeted, “It gives immense pride to share with my fellow Indians that #Dholavira is now the 40th treasure in India to be given @UNESCO’s World Heritage Inscription. Another feather in India’s cap as we now enter the Super-40 club for World Heritage Site inscriptions. Today is a proud day for India, especially for the people of Gujarat.”

Discovered way back in 1967-68 by JP Joshi of Archaeological Survey of India, Dholavira, which is also known as Kotada Timba, is an archaeological site located at Khadir Bet in Bhachau taluka of Kutch district.

It is the fifth-largest of major Harappan sites. Its excavation was initiated in 1989 by ASI under archaeologist RS Bisht, who discovered exemplary urban planning and architecture and unearthed several antiquities.

Dholavira, which was humming with human activity about 4,500 years ago, presents an example of how town planning was such a developed art even then, including water conservation and preservation as well as underground drainage system. These Harrapan sites are unique in nature as the structures are made of stones, not bricks.

Dholavira is believed to have been an important port for trading and considered older than the port city Lothal located in the Bhal region of Gujarat. It is believed that once there existed a coastal route linking Lothal and Dholavira to the Makran coast. There are many interesting findings from the Northern gate of Dholavira. As many as 400 scripts have been discovered, which are yet to be deciphered.