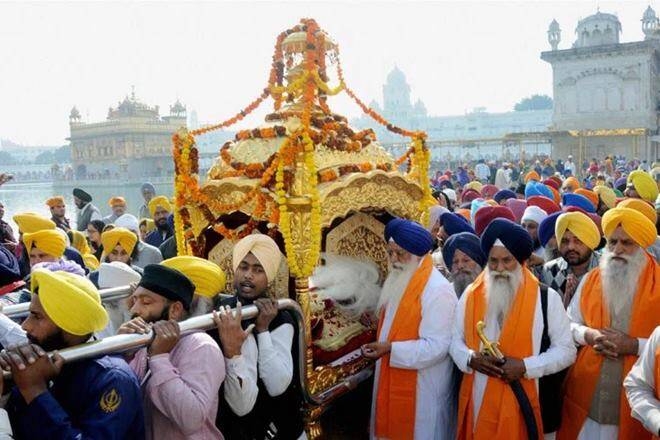 Sikhism is one of the major religions in the world, and Guru Nanak Gurpurab or Guru Nanak Jayanti is the most revered festival celebrated by Sikhism followers across the world.

Guru Nanak Gurpurab marks the birth anniversary of the first Sikh Guru, Guru Nanak Dev Ji. It is celebrated on Kartik Poornima, the fifteenth lunar day in the month of Kartik as per the Hindu calendar. The Jayanti usually falls in October or November according to the Gregorian calendar.

Guru Nanak Gurpurab holds even more significance this year as it is the 550th birth anniversary of Guru Nanak. This year, the festival will be celebrated on the 19th of November.

Guru Nanak, the founder of Sikhism and the first-ever Sikh Guru was born on 15th April 1469 in a village named Rai Bhoi di Talwandi. His birthplace is popularly known as Nankana Sahib and is currently located in Lahore, Pakistan.

The Guru Nanak Gurpurab celebrations start at least a couple of days before the Jayanti.

Gurudwaras and practising Sikh families do a 48 hour non-stop recitation of the Guru Granth Sahib called the ‘Akhand Path’.

A day before the Jayanti, Sikhs also carry out a procession called Nagarkirtan. The procession is headed by five men, who are called as the Panj Pyare, these men hold the Sikh triangular flag, Nishan Sahib.

The procession also carries the holy book Guru Grant sahib inside a palanquin during the procession. The people partaking in the procession sing hymns and play traditional musical instruments. Some also display their martial arts skills.

The procession passes through streets.