Ahmedabad: In yet another major drug seizure in Gujarat’s Saurashtra-Kutch region, the police have arrested a vegetable vendor from Maharashtra with 19 packets containing more than 17 kg heroin and methamphetamine, cumulatively worth Rs 88.25 crore.

This was followed by yet another seizure in Devbhumi Dwarka district when 47 other similar packets were seized from the home of two brothers in Salaya town.

The DIG said Ghoshi, 44, hails from Thane. “He reached Khambhaliya three days ago and had put up at Arti Guest House. Our sources reported his movement as suspicious. He was detained when he was waiting for a bus to return to Thane after having collected the consignment,” Singh said.

SP Sunil Joshi said Ghoshi was detained around 11 pm on Tuesday and the related procedures continued through the night, while a team from Regional Forensic Science Laboratory in Rajkot arrived at the spot and confirmed that the substance indeed was heroin and methamphetamine. After this, a case was registered against Ghoshi at Vadinar Marine police station.

Regarding the second seizure, Sandeep Singh said, “Ghoshi told police that Salim Kara and Ali Kara, residents of Salaya, a coastal town, supplied the drugs to him. Subsequently, our teams raided the residence of the Kara brothers and seized 47 packets similar to those found in possession of Ghoshi. Prima facie, those packets also seem to contain narcotics but we are ascertaining this,” said Singh.

He said Salim had been charged earlier under the Narcotic Drugs and Psychotropic Substances (NDPS) Act, the Arms Act as well as for counterfeiting currency notes, while Ali was booked for gambling. “We suspect that the consignment came through the sea route from Pakistan,” Singh said.

This is the second major drug consignment seizure from Gujarat after the Directorate of Revenue Intelligence seized around 3,000 kg of heroin worth around Rs 21,000 crore from Mundra port in Kutch district in September. The heroin consignment was said to have originated from Afghanistan and was shipped via Bandar Abbas in Iran and imported by a Chennai-based couple.

In another development, the Special Operation Group of Surat Police has nabbed the most wanted drugs dealer of Rajasthan from outside the Surat railway station. He was identified as Bhagwatiprasad Joraram Bishnoi, 44, a resident of Jodhpur.

Sources said Bishnoi had arrived in Surant on train for the shopping of his son’s wedding. Bishnoi, a millionaire who owns two shopping malls and a couple of petrol pumps in Rajasthan, is wanted in NDPS and murder cases registered in Chittorgarh, Kota, and Jaisalmer districts, respectively. 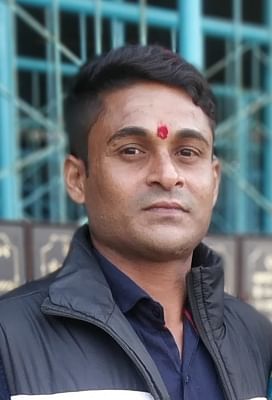