The Congress leader said, “The way for Bapu is open. The final decision will be taken jointly by Bapu and the party high command. We are all agreeable on his return (into Congress).”

Ahemadabad: As first reported by Free Press Journal on October 3, veteran politician and former Gujarat chief minister Shankersinh Vaghela is all set to join the Congress in a huge fillip to the demoralised and directionless party cadres with the opposition party throwing its doors open to him.

Apparently for political expediency, the Congress party seems to have buried all differences as former Gujarat party chief Arjun Modhvadia stated in a press conference on Tuesday, where Vaghela was also present, that, “Our doors are open to Bapu (as Shankersinh is called).”

The Congress leader said, “The way for Bapu is open. The final decision will be taken jointly by Bapu and the party high command. We are all agreeable on his return (into Congress).”

Political analysts say this statement that all Congress leaders are on the same page on Vaghela’s re-entry is significant since most of them were against it earlier after the 2017 Rajya Sabha elections, where Bapu engineered cross-voting in a failed attempt to defeat Congress veteran Ahmed Patel, who died on November 25, 2020, of Covid-19.

And since it was Ahmed Patel -- political adviser to Congress chief Sonia Gandhi -- who won by just one vote after a huge struggle, the high command was dead against entertaining him again. Now with Patel not in the picture and the Congress in a mess, the party considers it pragmatic to have the 82-year-old leader back.

As it is, Vaghela was lost in political oblivion and desperately seeking a re-entry for survival.

About Modhwadia’s statement, Vaghela told Fress Press Journal, “Yes, what Arjunbhai said is true.” When asked if this was final, he said, “Final discussions (with the high command) are in the process and it should be finalised in a week’s time.” Vaghela had been saying in private conversations and even indicated in interviews to local media that he could turn out the situation for the Congress, which, he claims, has a huge opportunity in 2022 polls.

Modhwadia and Vaghela, both former Gujarat Congress presidents, had convened a press conference in Ahmedabad after being summoned by a North Gujarat court in connection with a case against Dudhsagar Dairy’s former chairman Vipul Chaudhary, who was the Minister of State for Home in Shankersinh Vaghela’s government.

Vaghela, who had launched an outfit called the Praja Shakti Democratic Party after he quit the Congress, called on Telangana Chief Minister K. Chandrashekar Rao in Hyderabad and Bihar CM Nitish Kumar in Patna recently in his bid to help form a coalition for 2024.

Read Also
'Gujarat in favour of power subsidy, BJP trying to stop it in Delhi': Kejriwal 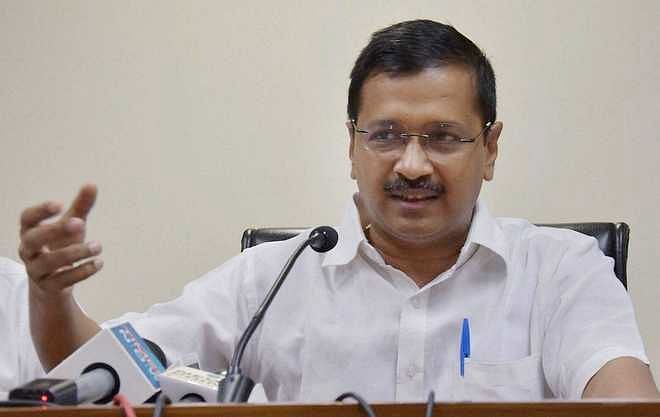