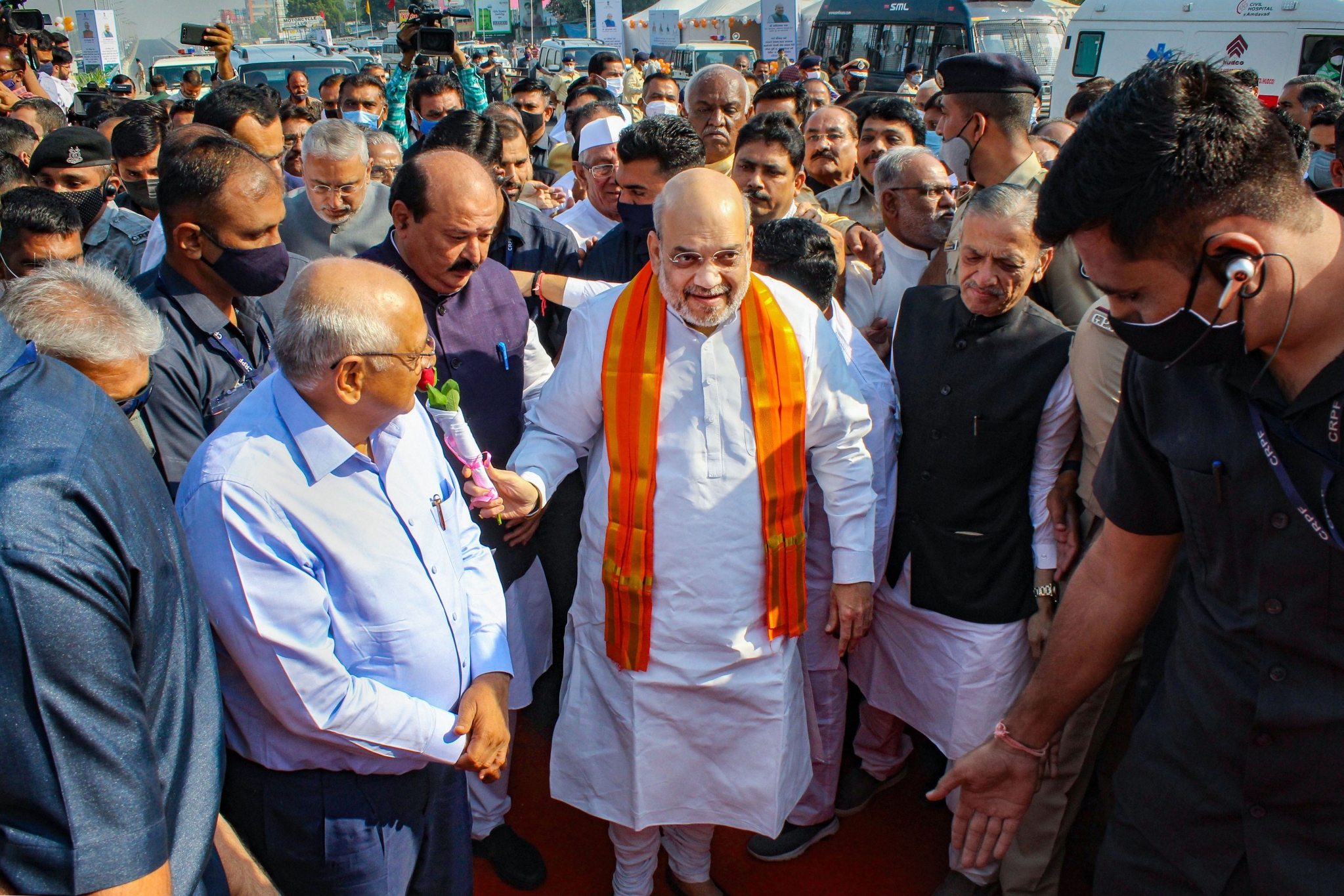 Ahmedabad: Union Home Minister Amit Shah on Monday threw open an elevated corridor on the national highway between Sarkhej in Ahmedabad and State Capital Gandhinagar, which is not only an important road connecting the two key cities but has also come to represent a plush integral part of Ahmedabad city.

With this 2.36-km-long elevated corridor between Ahmedabad’s Gota flyover and the Science City flyover on the highway, the traffic movement is expected to considerably ease on this busiest stretch in the city. 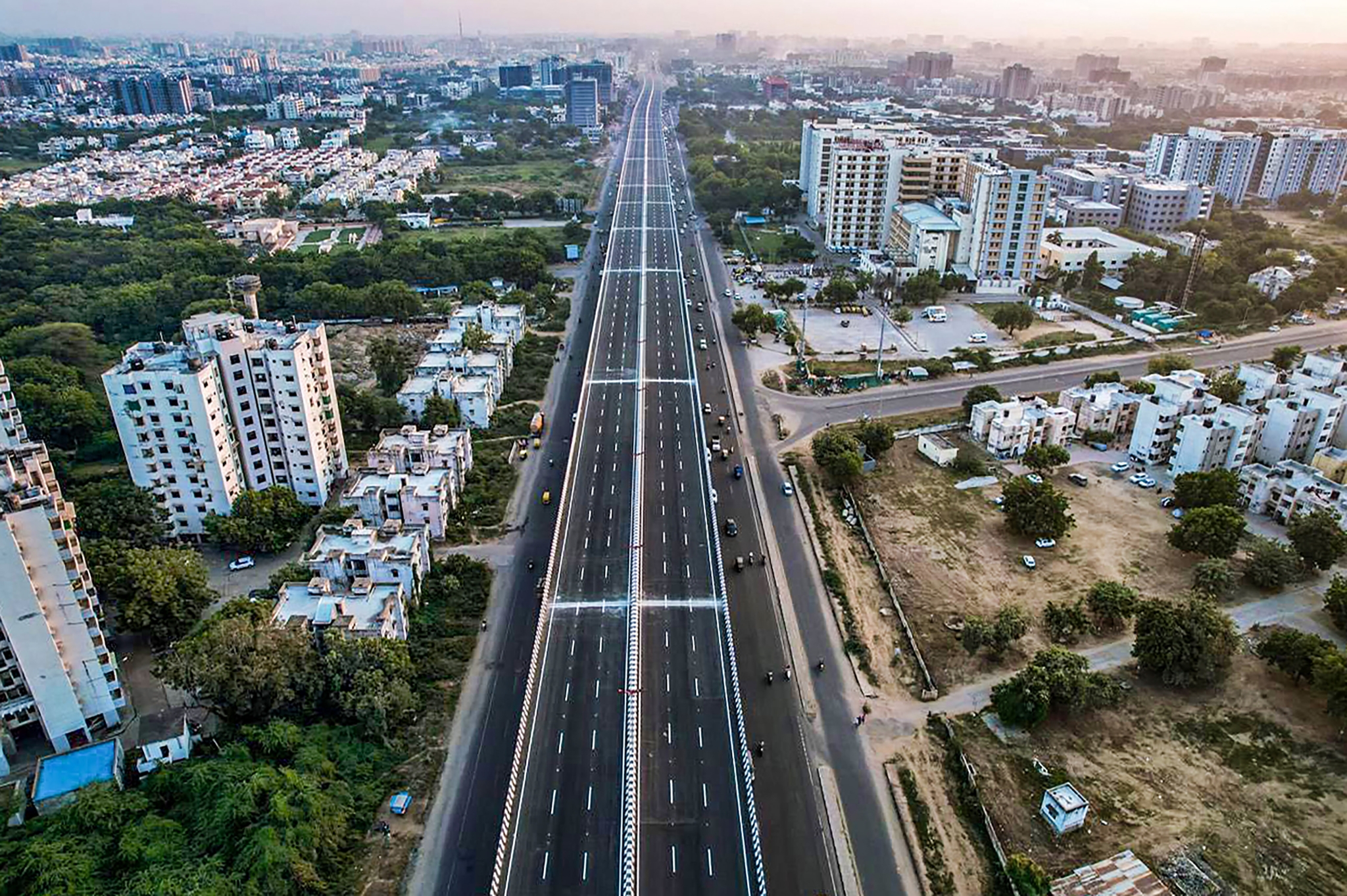 A 1.48-km flyover from Thaltej underpass till Sola railway bridge in the city was active since June 27, 2021. With this new elevated corridor becoming functional from Monday, a total of 4.18-km-long flyover will become functional, connecting the Gota flyover till Sola Science City flyover, the CMO press release said.

It would help litigants and employees coming to the Gujarat High Court or patients and relatives using the Sola Civil Hospital since they will directly get connected to it from National Highway no. 147, the statement said.

The Gujarat Government has plans to convert the 44-km national highway from Sarkhej in Ahmedabad to Gandhinagar city and Chiloda (in Gandhinagar district) to a six-lane road with service roads on both the sides, at an investment of Rs 913 crore.

Out of the total 13 flyovers to be constructed as part of the project, seven had become functional. The elevated corridor is the eighth.