'Gladly accept the punishment given to me': Yogendra Yadav after SKM suspends him over visiting BJP worker's house 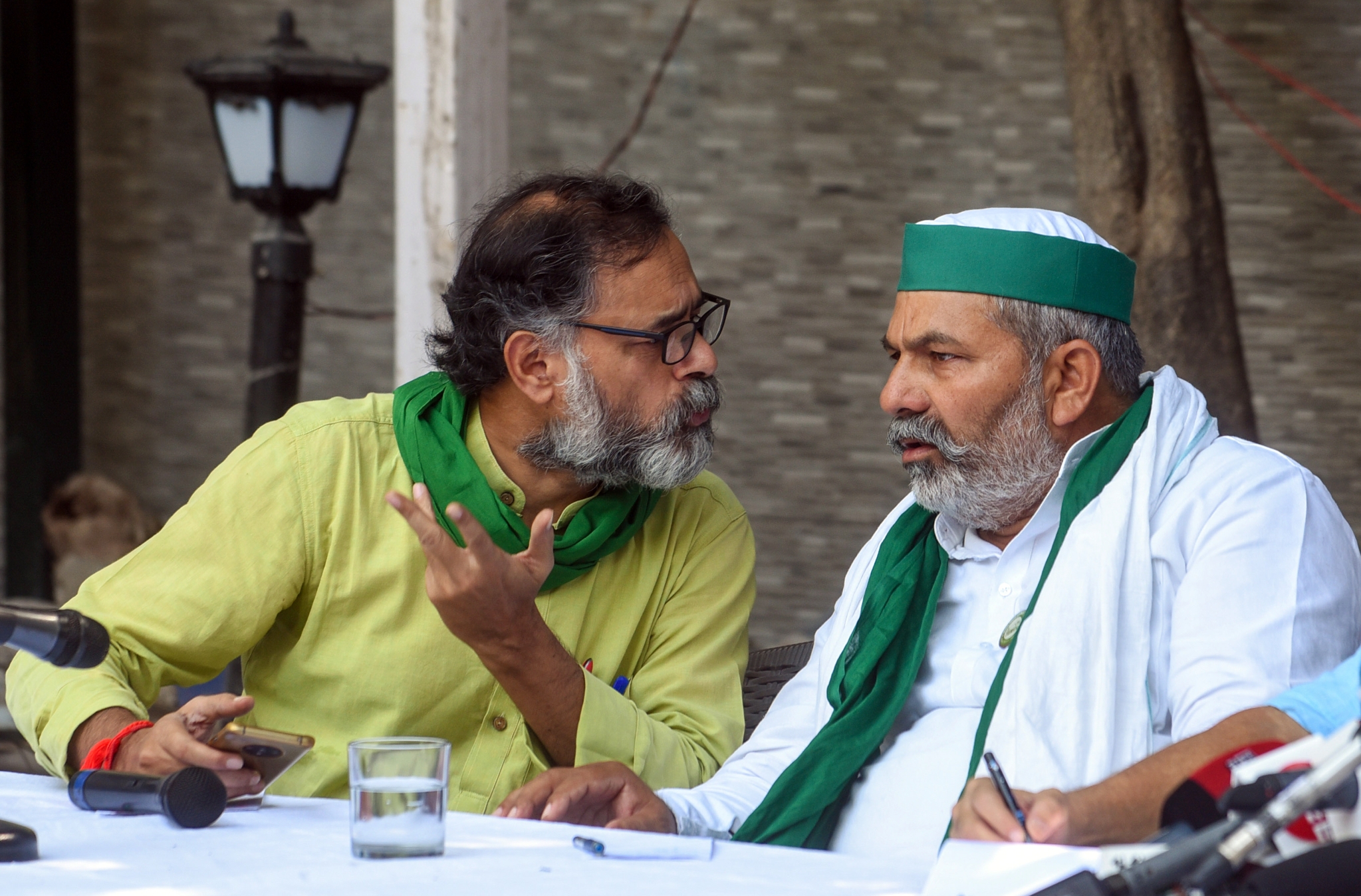 Swaraj India chief Yogendra Yadav on Friday said he "gladly accepts" the punishment given to him by the Samyukta Kisan Morcha (SKM), which is the apex body of farmers’ organisations spearheading the nationwide protest against the Centre's three farm laws.

"I respect the collective decision-making process of the SKM and gladly accept the punishment given to me. I will continue to work more diligently than ever for the success of this historic farmers' movement," India Today quoted Yadav as saying.

This comes after the SKM on Thursday suspended social activist Yogendra Yadav for a month for visiting the family of a BJP worker who was killed in the October 3 Lakhimpur Kheri violence.

Yadav has been a member of the outfit's core committee.

A senior farmer leader told news agency PTI that the decision was taken at a general body meeting of the SKM.

"In its meeting, the SKM suspended Yogendra Yadav for a month as he had visited the family of a BJP worker who had died in Uttar Pradesh's Lakhimpur Kheri," he said.

"He (Yadav) cannot participate in the meetings and other activities of Samyukta Kisan Morcha," the farmer leader added.

Yadav had attended the SKM's general body meeting on Thursday.

Eight people were killed in Uttar Pradesh's Lakhimpur Kheri on October 3. Four of the eight victims were farmers, who were allegedly knocked down by a vehicle carrying BJP workers. Angry farmers then allegedly lynched some people in the vehicles.