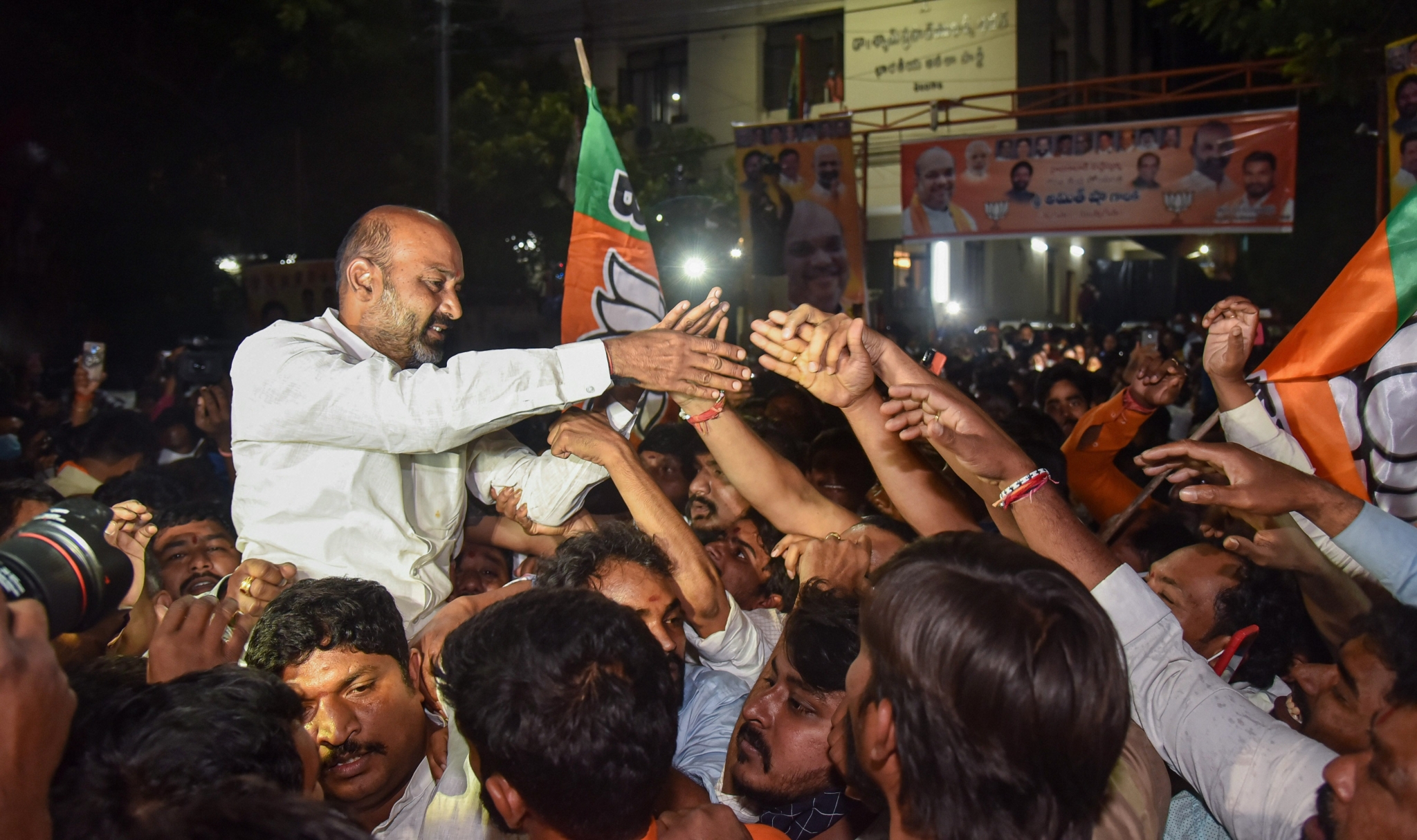 Hyderabad: Backed by a high-decibel campaign involving its top guns, the BJP on Friday made significant electoral inroads in the fiercely contested Greater Hyderabad Municipal Corporation polls, almost giving a scare to the ruling TRS, which just managed to retain control of the civic body it won four years ago.

BJP's robust performance prompted the state leadership to describe it as a "saffron strike", while party in-charge Bhupendar Yadav said it has now emerged as the "only alternative" to the K Chandrasekhar Rao-led regional dispensation with people accepting Prime Minister Narendra Modi's brand of good governance.

Out of the 150 wards in the GHMC that went to the polls on December 1, the results of 146 wards were available till reports last trickled in. TRS has won 56, the BJP bagged 46, followed by AIMIM (42); the Congress was a straggler with just two seats.

The saffron surge has given the BJP cadres the much needed fillip ahead of the 2023 Assembly polls. From four wards in the 2016 polls as an ally of the Telugu Desam Party, the BJP has managed a ten-time somersault.

The good show follows the surprise defeat handed by the BJP to the TRS in the recent Dubbak Assembly bypoll.

The Asaduddin Owaisi-led AIMIM came up with a strong performance in its traditional bastion of old city of Hyderabad.