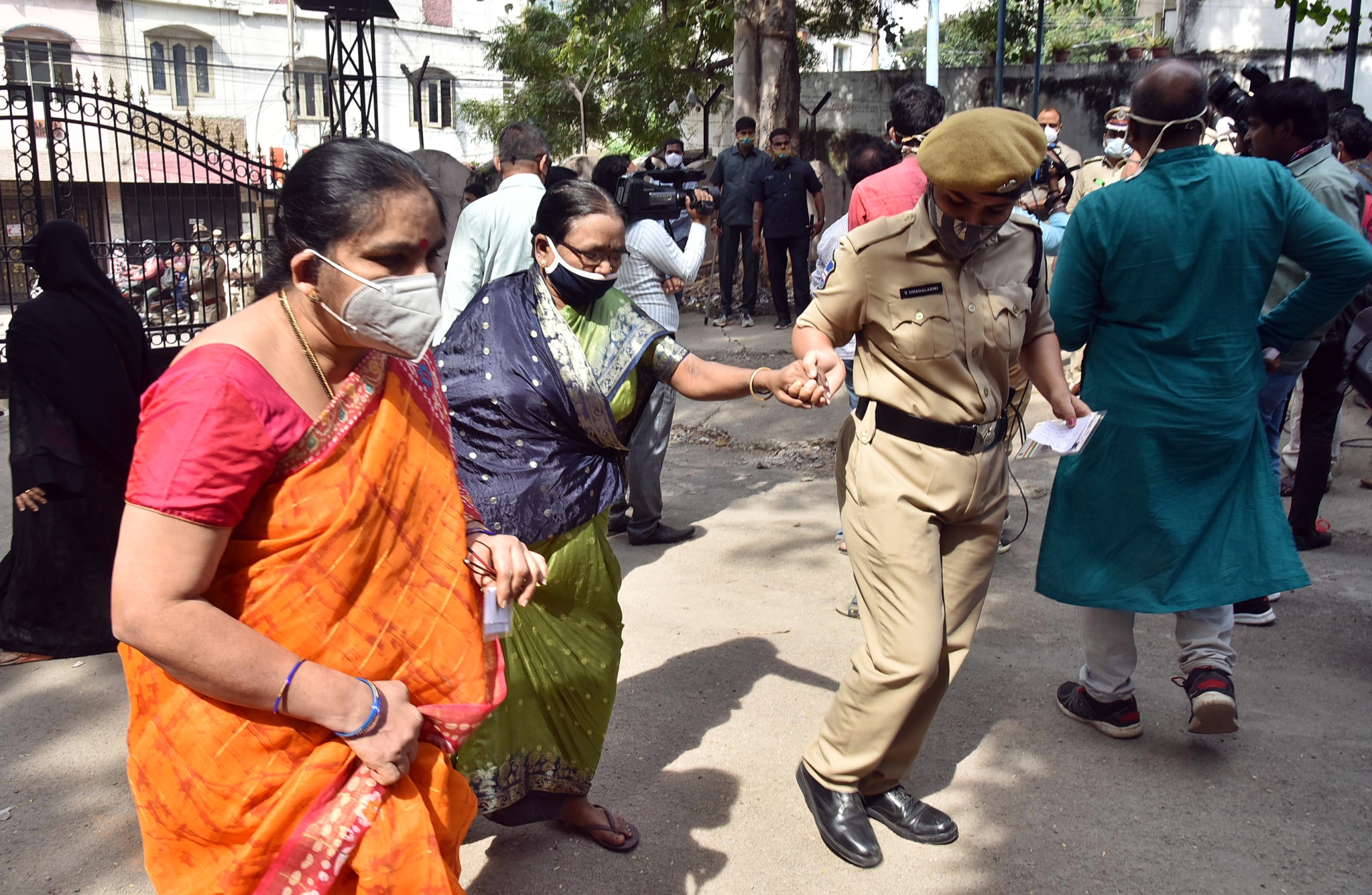 Police personnel helps a voter during fresh polls for Old Malakpet (Ward No 26) due to printing error in the ballot paper in GHMC election, in Hyderabad on Thursday. | ANI

Counting of votes in the keenly-fought Greater Hyderabad Municipal Corporation (GHMC) elections began here at 8 AM on Friday.

The Telangana State Election Commission (SEC) has set up counting centres at 30 places in the city amid tight security arrangements for the process.

Out of the total 150 wards in the GHMC, polling was held for 149 wards on December 1 and a fresh poll was conducted on Thursday in one ward (Old Malakpet).

Repolling had to be conducted in the Old Malakpet ward after an error was noticed in the ballot paper during polling on December 1.

Ballot papers were used for the election and consequently, the results are likely to be known in the evening.

The SEC had decided to conduct the election with ballot papers after consultation with major parties, the Health department in view of COVID-19 pandemic and keeping in view other relevant issues, it said earlier.

The lead-up to the polling witnessed a vociferous campaign by the parties.

Bolstered by its victory in the recent bypoll to Dubbak Assembly constituency, the BJP conducted a spirited campaign to win the GHMC polls to boost its chances in the 2023 Assembly polls.

It has drafted its General Secretary Bhupendra Yadav, who has been its in-charge for Bihar, to supervise the poll preparations in Hyderabad.

The BJP highlighted the TRS's "alliance" with the AIMIM and sought votes to provide clean and transparent administration in the city.

The TRS, however, denied any alliance with the AIMIM.

The state's ruling party has deployed several state Ministers and legislators for canvassing in the city.

The Congress's poll battle was led by its state president N Uttam Kumar Reddy and Working President A Revanth Reddy (both MPs) and other senior leaders.

The TDP, once a major force in the state, sought to revive its fortunes highlighting the development witnessed in the city, including in the IT sector, during N Chandrababu Naidu's regime as Chief Minister in undivided Andhra Pradesh.

The TRS and BJP leaders were engaged in a war of words.

BJP's Telangana president and MP Bandi Sanjay Kumar found himself in a row following his comments that his party would conduct a "surgical strike" in the old city here, if necessary, to send away Rohingyas and Pakistanis after it won the post of Mayor in the polls.

AIMIM's Akbaruddin Owaisi in a poll campaign earned the wrath of his opponents by asking whether the 'samadhis' of former Prime Minister P V Narasimha Rao and TDP founder N T Rama Rao, built on the Hussain Sagar lake bank, would be removed as he questioned the eviction drive against "poor people" residing near water bodies. 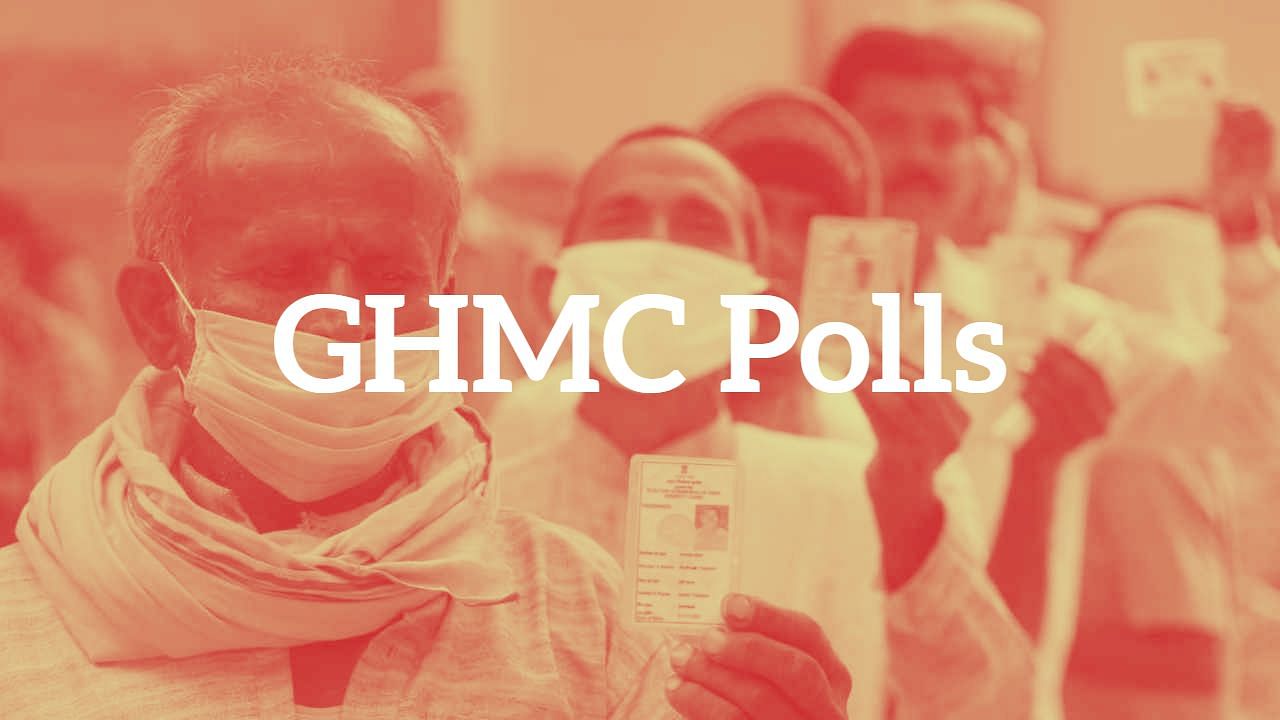