HomeIndiaGeorge Ponniah - The priest known for his controversial rhetoric

George Ponniah - The priest known for his controversial rhetoric

No stranger to controversy, Ponniah, a pastor, is a member of the Jananayaga Christhava Peravai, which is a Tamil Nadu-based NGO located in Kanyakumari

Congress leader Rahul Gandhi who is spearheading the party's 'Bharat Jodo Yatra' met Padre George Ponnaiah on September 10. The priest, known for his inflammatory statements, told Gandhi scion that Jesus is the "only real God" in a video that has now gone viral.

Ponniah, a pastor, is a member of the Jananayaga Christhava Peravai, which is a Tamil Nadu-based NGO located in Kanyakumari.

He came into the limelight through his controversial speech against Prime Minister Narendra Modi. More than 30 complaints were filed against him in various districts of Tamil Nadu. Later, he publicly apologized for his provoking words on the Hindu religion.

No stranger to controversy?

Ponniah also reportedly criticised Prime Minister Narendra Modi and Home Minister Amit Shah. Following this, Hindu organisations condemned his speech and demanded arrests. Close to 30 complaints were filed in Kanniyakumari and many in other districts of Tamil Nadu.

Ponniah, meanwhile, said some portion was edited out of his speech during the meeting convened to pay homage to activist Stan Swamy and spread on social media giving it a community-slander angle.

On July 18, an event was held by minority organisations in Arumanai town in Kanniyakumari district, in memory of Stan Swamy. During his speech, the priest alleged that the Tamil Nadu minority welfare ministry and minority commission had denied the groups from conducting prayer meetings, The Indian Express reported.

Ponniah said he, like many others, had campaigned tirelessly for the DMK party and convinced minority organisations to vote in the recent state elections but has been ignored by them after coming to power.

"Within 60 days after this government assumed charge, we were made to protest for our rights. Before elections, they promised to safeguard our rights. The votes they [DMK] got are alms provided by the minority communities," he said, reported The Indian Express.

The priest further criticised Hindu Religious and Charitable Endowments Board Minister Sekar Babu, IT Minister Mano Thangaraj, and other members for working only in the favour of the Hindu community.

While commenting on a politician who had removed his slippers before entering a temple as a mark of respect, Ponniah said in their culture, people wore slippers to make sure "they don't get their feet dirty and get any disease because of Bharat Mata."

The comments predictably triggered a row. The Roman Catholic Diocese of Kuzhithurai condemned his remarks.

Read Also
No confusion in my mind about party leadership, says Rahul Gandhi 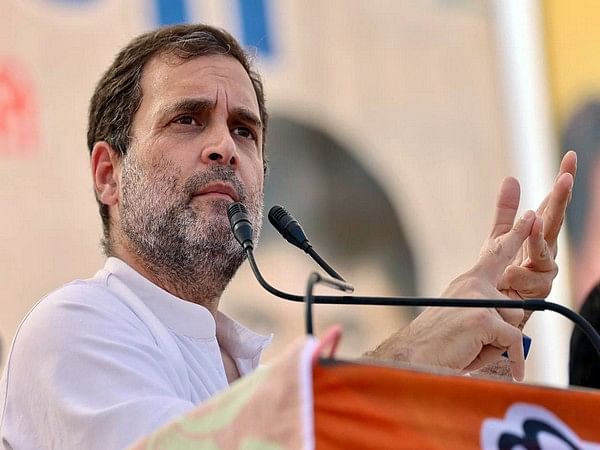