George Floyd episode in Jodhpur but what a 'twist' 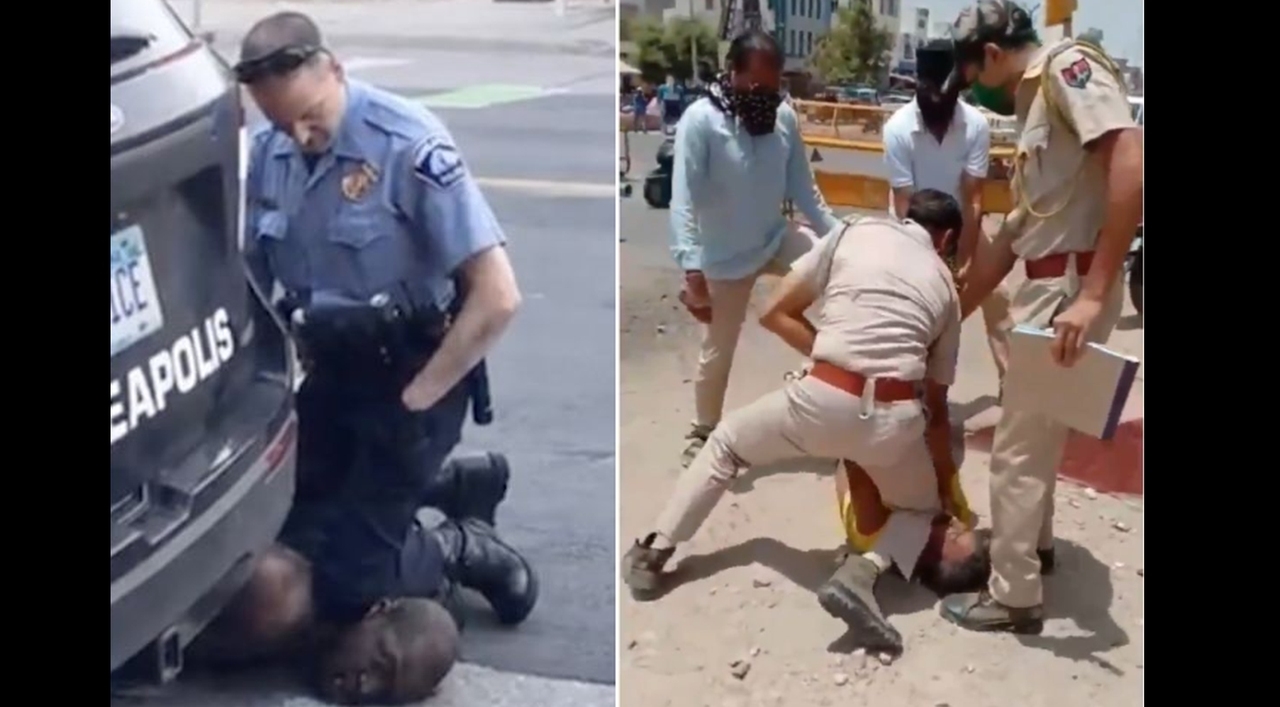 Jodhpur: An incident in Jodhpur had shades of the George Floyd incident in the US which saw a cop place his knee on a black man’s neck while restraining him. It all happened when one Mukesh Kumar Prajapat, a resident of Baldev Nagar in Jodhpur, was issued a challan for roaming around.

However, when approached by the cops he challenged them saying no one could stop him and added for good measure: “Ankh phod dunga. (I will gouge your eyeballs).” Given his intimidatory tone, the cops called up the thana for a jeep to take him into custody. But when they tried to hustle him, he ended up jostling and hitting the policeman, according to a video that has gone viral.

That was provocation enough for the cop to throw him on the ground and press his knee on his neck to rein him in. This is where the timeline digresses from the incident in Minneapolis. Mukesh sprang to his feet and started hitting the cops with renewed energy until reinforcements came. He also managed to land a few slaps on the man in uniform. The man pictured in the video is allegedly a serial offender and was arrested for damaging his father’s eye with a screwdriver