This comes after it came to light that two MLAs, one each from Samajwadi Party and Suheldev Bharatiya Samaj Party, did not cast their votes in the presidential poll at Uttar Pradesh Vidhan Bhavan.

On Saturday, Akhilesh shot letters to allies Om Prakash Rajbhar of Suheldeo Bhartiya Samaj Party (SBSP) and Pragatisheel Samajwadi Party Lohia Chief Shivpal Yadav asking them to go where they felt would get more respect. In two separate letters written to both these alliance partners, SP Chief used almost the same words making them free to break the alliance and choose their own ways. In the letter to SBSP Chief Om Prakash Rajbhar, the SP Chief even accused him of having trucks with Bhartiya Janta Party and working to strengthen it.

Reacting to it, Shivpal Yadav of PSPL thanked Akhilesh and said that he was already free from the clutches of anyone and never compromised with his principles. In his tweet, Shivpal thanked SP for formally making him free. However, SBSP’s Om Prakash Rajbhar said that he would now talk with Bahujan Samaj Party (BSP) about the alliance.

It may be mentioned that both Shivpal and Rajbhar had contested assembly polls in alliance with SP. Soon after defeat of the alliance in the poll, both had started levelling allegations of Akhilesh ignoring them. Shivpal and Rajbhar had even attended the dinner hosted by UP CM Yogi in honour of NDA’s presidential candidate Droupadi Murmu and later on voted for her.

This comes after it came to light that two MLAs, one each from Samajwadi Party and Suheldev Bharatiya Samaj Party, did not cast their votes in the presidential poll at Uttar Pradesh Vidhan Bhavan.

Earlier, Shivpal Singh Yadav had claimed that he would never support Yashwant Sinha, as he had once accused his brother and Samajwadi Party patriarch Mulayam Singh Yadav of being an "ISI agent".

Amidst reports of cross-voting by Shazil Islam Ansari, the SP MLA from Bhojipura in Bareilly told PTI, "Why should I cross-vote? I have voted as per the party line." Shazil was seen with Shivpal Singh Yadav, giving air to the speculation.

Meanwhile, SBSP chief OP Rajbhar said that SP has given divorce and they have accepted that.

"Today they (SP) have given divorce & we've accepted that. The next step is BSP. When I meet CM Yogi Adityanath it's bad for them but it's good if Akhilesh Yadav meets CM. Everything will be clear by 2024. We fight for Dalits & backwards & will continue to do so," he was quoted as saying by ANI. 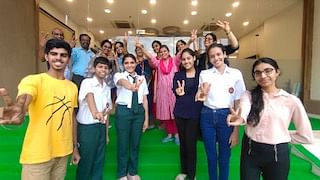