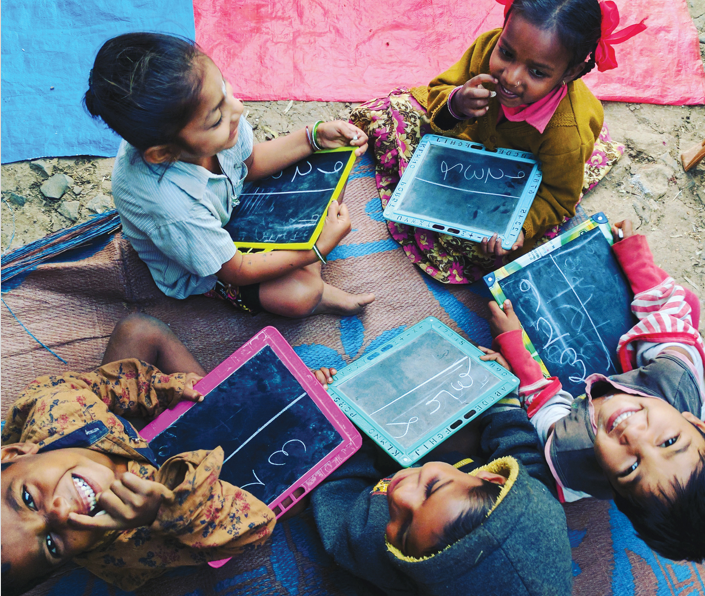 India has been grappling with gender-based violence of enormous magnitude. Rapes, domestic violence, female foeticide, and malnutrition are issues that are unfortunately all too familiar for India. Individuals and organisations have been trying to stem these issues by working with the 11 to 14 age group, some with 14 to 18 years and above. But if the current ASER data is anything to go by, it is a startling indicator suggesting that the roots of inequalities and stereotypes about boys and girls are deeply ingrained in our society and begin to be evident quite early. Decisions about whether to invest in a boy or a girl are taken in the first five years of a child's life, and children’s own stereotypes about what they can do or not do begin even earlier.

Sex-wise enrollment in schools in the early years

What do these trajectories imply?

Government schools are free of cost while private schools cost money. Private pre-schools and schools are perceived as providing better quality education. Though studies have pointed out that the quality of private schools is highly inconsistent and often leaves much to be desired, the reality is that they are much coveted. When there is a paucity of resources and parents have to choose which child to invest in, they probably choose to provide ‘better quality’ education to the son first as compared to the daughter.

This trend becomes more daunting in the face of the fact that India has a skewed child sex ratio. As per Census 2011, the child sex ratio (0-6 years) in India has been declining dangerously over the years with respect to girls (919 females per 1000 males). There are fewer girls in India as compared to boys and of the girls in rural India, a higher percentage of girls are enrolled in government pre-schools/ schools as compared to boys.

During the ASER assessment when children are given a task, they answer correctly, incorrectly or give no response, and this is recorded as such. No response means that the child did not answer the question. In ASER 2019, for age 4 to 8, there were a maximum of 24 tasks that 4- and 5-year-old children were expected to attempt. 6- to 8-year-old children had to carry out 21 tasks. An analysis of the responses by children shows that for almost every task, the proportion of girls giving no response was higher than that of boys. While the difference between boys' and girls' responses seen in ASER 2019 is small for young children between ages 4 to 8, it becomes much wider by age 14 to 18. This trend of higher ‘no response’ by girls across age groups cannot be a mere coincidence.

Volunteers said that on many occasions they could not really tell the difference between girls and boys. At a very young age, it is often difficult to distinguish between the sexes based on external physical characteristics like length of hair or clothes. Yet, this data on 'no response' indicates that while on the outside there is no apparent difference, something invisible in terms of socialisation is certainly already changing the perception of boys versus that of girls.

These two data points from ASER — one on enrollment patterns and the other on children's response to the assessment tasks — seem to highlight separate, but obviously related ways in which boys and girls experience education differently. One indicates preferential treatment towards boys and the other points to a lack of self-confidence among girls. While the silver lining is that parents across India have begun sending both their boys and girls to school, parents perceive private schools as providing better education as compared to government schools. The higher enrollment of girls in government schools suggests that parents are probably guided by the widely held societal belief and cultural norm that boys should have the first right to perceived better resources.

These trends should strike a warning bell. Over the last 14 years, ASER has succeeded in collecting nationwide rural data across the lifespan of children and youth (4 to 18 years) in India. Analysed from the lens of gender equity, so many years of data has the potential for much deeper research and investigation. It already throws up many questions for each of us: How do we bring about a change in existing belief systems so that girls are treated equitably in our country? How are government schools preparing for the fact that more girls than ever before are in their system today? To build the bridge towards gender equity, we must recognise the widespread gender discrimination that is embedded within and around us. Any effort to bring about a lasting change in mindsets and behaviour requires observation of pre-schools, schools and home environments; plus close engagement with young children, their parents and their schools as early as possible.

Pratham is one of the largest NGOs in India, working towards the provision of quality education to the underprivileged children. Established in Mumbai in 1994 to provide pre-school education to children in slums, Pratham today has interventions spread across 23 states and union territories of India and abroad as well.