HomeIndiaHorrifying video shows the moment when Indian-origin family of four, now dead, were kidnapped in US

Sheriff Vern Warnke said that a farm worker happened to come across on Wednesday night, adding that the bodies were found in close proximity to each other

Four members of an Indian-origin family who were kidnapped in the US state of California were found dead in a remote rural area, informed the Sheriff of the Merced County on Wednesday.

Merced County is located between San Francisco and Fresno.

Sheriff Vern Warnke said that a farm worker happened to come across on Wednesday night, adding that the bodies were found in close proximity to each other.

Read Also
Punjab: Kin of Indian-origin family kidnapped in US in state of shock 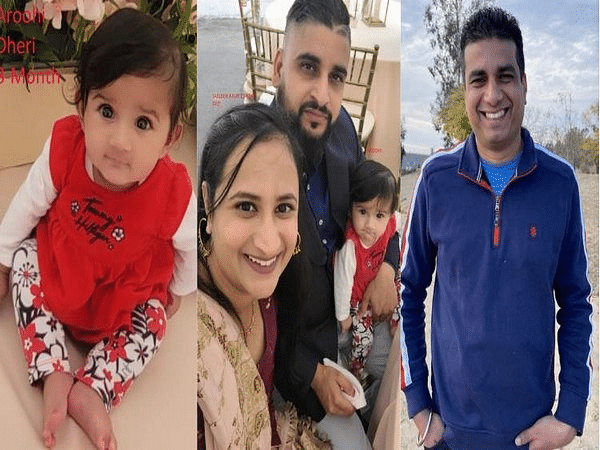 "They don't know all the facts yet," ABC News quoted the Sheriff as saying, who added that the US Department of Justice would be examining the crime scene.

Local authorities have also notified their family in India, he added.

A 48-year-old man considered a “person of interest” in the kidnapping, was taken into custody earlier on Tuesday. Jesus Manuel Salgado, before being taken into custody, reportedly attempted to take his own life, and was reported to be in critical condition.

The sheriff's department released CCTV footage on Wednesday showing the moment the family was kidnapped.

The video shows Jasdeep and Amandeep coming out of the business with their hands tied together. A few seconds later, the baby and her mother can be seen coming out of the building with the kidnapper, who is brandishing a handgun. All four members of the family are then led into a truck before departing the scene.

The family, originally from Harsi Pind in Hoshiarpur, Punjab, was kidnapped at a business in Merced County, California, on Monday.

A vehicle owned by one of the family members was found on fire late Monday, which led law enforcement to determine that the four had been kidnapped.

According to a news release, detectives received information Tuesday morning that one of the victim’s bank cards was used at an ATM in Atwater in Merced County.