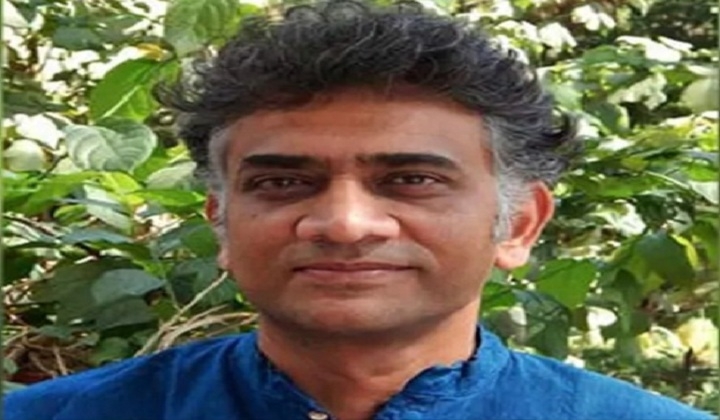 Bengaluru: The police in Bengaluru have filed an FIR against activist, journalist and the former head of Amnesty International India Aakar Patel for a tweet calling for US like protests (against the death of George Floyd) in India against atrocities committed on Dalits, women, Muslims and Adivasis.

The FIR was registered at the JC Nagar Police Station under Sections, 153 (wantonly giving provocation with intent to cause riot) and 117 (Abetting commission of offence by the public or by more than ten persons) and 505 (1)B of the IPC, which deals with statements with intent to cause mischief, or likely to cause, fear or alarm to the public, or to any section of the public whereby any person may be induced to commit an offence against the State or against the public tranquillity.

The tweet by Aakar read: “We need protests like these. From Dalits and Muslims and Adivasis. And the poor. And women. World will notice. Protest is a craft.”

Reacting to the development, Patel told a website: “I don’t think they can make an offence out of the tweet. I ca­me to know about the FIR fr­om the news reports, the po­lice have not contacted me.”

Later, the Executive Director of Amnesty International India, Avinash Kumar said: “The FIR filed by the Bengaluru police against Aakar Patel is just another example of how the right to dissent is being increasingly criminalised in the country.”

“The Bengaluru police must stop abusing its authority and put an end to the intimidation and harassment of Aakar Patel for exercising his constitutionally guaranteed right to freedom of expression. People of this country have the right to agree or disagree with those in power, and to express these opinions in peaceful protests - without fear or unlawful interference. Peacefully protesting against the government is not a crime. Not agreeing with the policies of those in power does not make you a traitor either.”