The oval-shaped Lonar lake, formed after a meteorite hit the Earth some 50,000 years ago, is a popular tourist hub and also attracts scientists from across the world.
Agencies 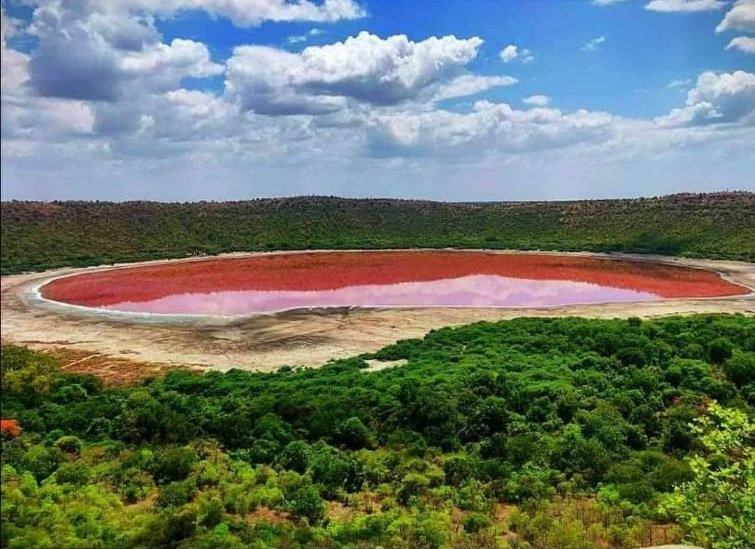 A team of scientists from the city-based National Environmental Engineering Research Institute (NEERI) will visit the Lonar lake in Maharashtra's Buldhana district next week and collect its water samples to analyse why it has turned pink, an official said.

The oval-shaped Lonar lake, formed after a meteorite hit the Earth some 50,000 years ago, is a popular tourist hub and also attracts scientists from across the world. The mean diameter of the lake is around 1.2 km.

The colour of the lake water has recently turned pink, which has not only surprised locals, but nature enthusiasts and scientists as well.

Some experts have attributed it to the salinity and presence of algae in the water body. They have said that this is not the first time the colour change has happened, although it is more glaring this time.

When contacted, Buldhana Collector Suman Chandra said, "Lonar lake comes under the jurisdiction of the forest department as it has been declared a sanctuary. The department has sent water samples to NEERI. Nonetheless, the institute will be sending a team of scientists to the site on June 15 to collect samples for analysis."

"They will analyse the water to know the exact reason behind the change in its colour," she said.

Lonar crater lake was identified as a unique geographical site by a British officer named C J E Alexander in 1823.