While proposing the political resolution at the BJP national executive meeting here, Shah said "dynastic politics, casteism and politics of appeasement" were the "greatest sins" and the reason behind the country's sufferings over the years

Hyderabad: Senior BJP leader and Union Home Minister Amit Shah asserted on Sunday that the next 30 to 40 years will be the era of his party and India will become a "vishwa guru" (world leader).

While proposing the political resolution at the BJP national executive meeting here, Shah said "dynastic politics, casteism and politics of appeasement" were the "greatest sins" and the reason behind the country's sufferings over the years.

Briefing reporters on his speech, Assam Chief Minister Himanta Biswa Sarma said Shah cited the BJP's win in a series of polls to assert that it underlined people's approval of the party's "politics of development and performance" and called for ending the politics of family rule, casteism and appeasement.

The home minister said the BJP will end family rule in states like Telangana and West Bengal and also come to power in Andhra Pradesh, Tamil Nadu and Odisha among other states which have so far remained out of the saffron party's power march since it formed government at the Centre in 2014.

There was a "collective hope and finding" at the meeting that the BJP's next round of growth will come from south India, Sarma added.

The court had also come down hard on petitioners.

The BJP leader said Modi maintained silence while facing SIT probe over his alleged role in the riots and kept his faith in the Constitution.

He then took a swipe at the Congress for allegedly trying to spread anarchy after its leader Rahul Gandhi was summoned by the Enforcement Directorate in the National Herald case.

Modi never did the kind of "drama", Sarma said in a dig at Gandhi In his speech, Shah said Modi digested all the poison thrown at him like Lord Shiva.

The home minister claimed that the Congress has become a party of family, with many of its members fighting for democracy within the party.

The Gandhi family is not letting internal organisational elections happen because it fears losing its control of the party, he said. The opposition is disjointed and has been opposing everything good the government does, he added. 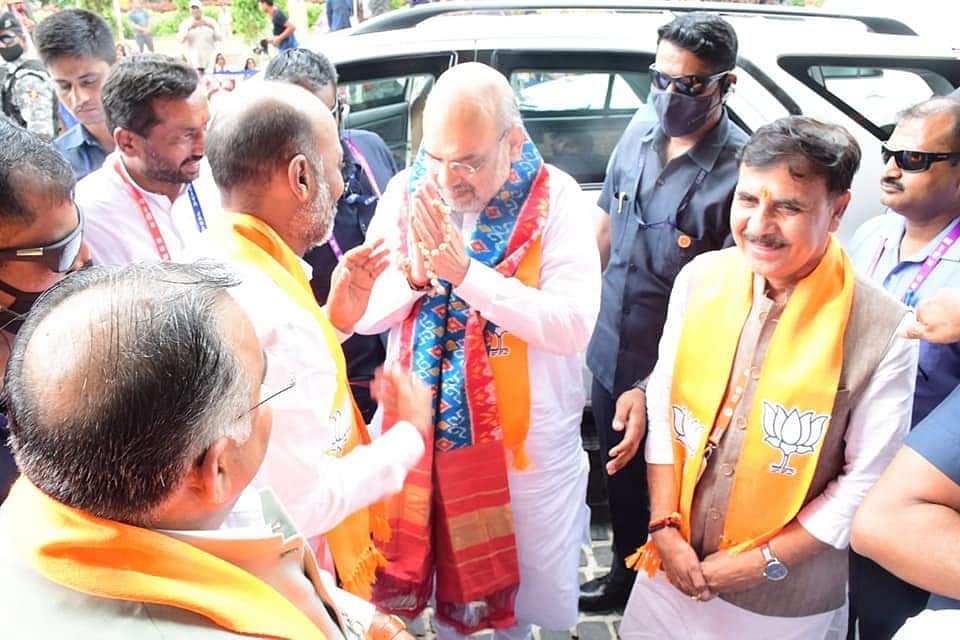