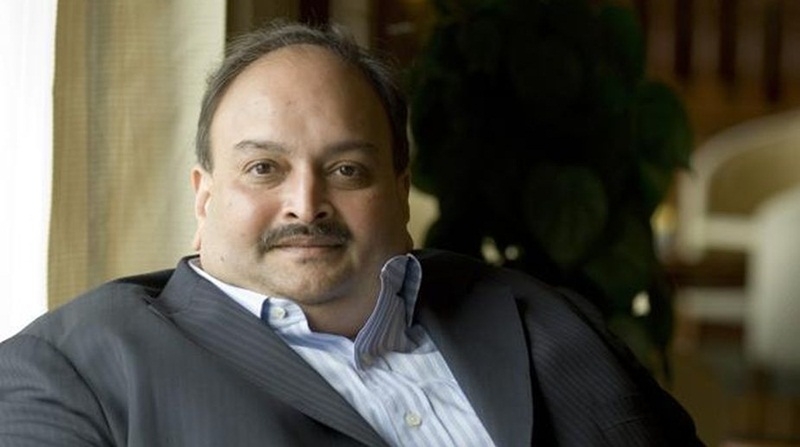 New Delhi: The Eastern Caribbean Supreme Court (ECSC) on Friday, after taking note of submissions made in the Mehul Choksi's hebeas corpus petition, restrained Dominican authorities from removing the fugitive diamantaire from the Commonwealth of Dominica until further hearing in the matter.

The next hearing in the matter is scheduled to take place on June 2.

Justice ME Birnie Stephenson of the ECSC on Friday put an injunction restraining the respondents whether by themselves, servants, agents and/or representatives from removing the applicant from the Commonwealth of Dominica until further.

The Court also allowed Choksi to meet his legal counsel and be transported to a hospital for medical attention and for the administration of a COVID-19 test.

The Court also directed the Dominican authorities to file their affidavits in response to the application.

It also restricted media reporting in the matter. The Court's orders stated: "There shall be no publication or discussion or notification of the press regarding this matter without leave or permission of the court." Julian Prevost, Wayne Norde, Cara Shillingford-Marsh, and Wayne Marsh Attorneys at Law appeared for Choksi and the Attorney General Levy A Peter appeared on behalf of the respondents in the matter.

The legal team of the diamantaire on Thursday filed a habeas corpus petition in Dominica and has also highlighted his deprivation of access to legal assistance there.

Advocate Vijay Aggarwal, Mehul Choksi's lawyer from India said: "The legal team has filed a habeas corpus petition in Dominica for Mehul Choksi and has also highlighted deprivation of access and constitutional rights to him for legal assistance." Habeas Corpus is a writ requiring a person under arrest to be brought before a judge or into court, especially to secure the person's release unless lawful grounds are shown for their detention.

Earlier Choksi's lawyer also claimed that "marks of torture" have been reported on Choksi's body, who had allegedly fled Antigua some days ago and ended up in a neighbouring island country Dominica.

Aggarwal alleged that Choksi was forcefully picked from Antigua and then taken to Dominica.

A massive manhunt was launched after Choksi went missing and an Interpol Yellow Notice was issued by Antigua and Barbuda. He was traced and captured in Dominica.

In an exclusive interview to ANI on Wednesday, Prime Minister of Antigua and Barbuda Gaston Browne had said the fugitive diamantaire, who was found in Dominica, would be repatriated to India and that Indian authorities are in touch with those in Dominica.

Choksi and his nephew Nirav Modi are wanted in India for allegedly siphoning off Rs 13,500 crore of public money from the state-run Punjab National Bank (PNB) using letters of undertaking.