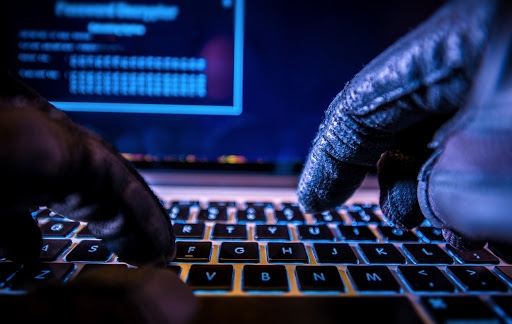 New Delhi: Delhi Police's Cyber Cell on Wednesday busted a syndicate run by a group of Chinese nationals who were stealing data and have cheated over 5 lakh Indians of over Rs 150 crores via fake investment apps, informed Anyesh Roy, Deputy Commissioner of police of Cyber Crime Cell (CyPAD).

According to the police, 11 persons, including two Chartered Accountants were arrested in a crackdown on multiple financial investments and assured high return Apps run by Chinese nationals using Multilevel marketing (MLM) model for cheating.

"Over 5,00,000 confirmed victims have been cheated of more than Rs 150 crores. Over Rs 11 crores has been frozen in banks by swift police action and Rs 97 Lakh cash has been recovered," informed Roy.

Roy stated that a large number of such Apps have been circulated by the fraudsters and some of these fraudulent, malicious Apps were also listed on Google Play Store.

He said the names of several Chinese nationals have been revealed so far.

"Investigation in respect of their whereabouts, specific roles and their large fraud network is underway. According to the current estimates, the total cheated amount is around Rs 150 Crores and the total recovery so far in cash, bank accounts and payment gateways is around Rs 12 Crores. More than 5 lakh people invested their hard earned money in such apps," stated Roy.

The DCP stated that the main Chinese handlers behind this massive scam used to randomly contact people over various Apps such as WhatsApp and Telegram and hired the interested persons as partners for procuring bogus bank accounts, creating shell companies, circulating and promoting the Apps, and transferring money.

As per the police, technical analysis also brought out that several mobile numbers connected with the bank accounts and involved in the scam were found running in China.

The police said they circulated the link of an 'online App' that induces and cheats a large number of people by promising them lucrative returns based on a multi-level marketing model.

Their footprints have been confirmed in West Bengal, NCR Region, Bengaluru, Odisha, Assam and Surat. Using the large following of their Telegram Channels, they recruited persons who can work for them for certain incentives," the DCP said.

According to the police, 30 mobile phones were recovered from the accused Robin, whose disclosure revealed a startlingly well-planned conspiracy of cheating and fraud being organized by Chinese nationals through a labyrinth of shell companies, bank accounts and dummy mobile numbers.

Shaikh Robin, who was contacted by the Chinese through Telegram, initially opened a bank account for these fraudsters but later started acting as an operative whose primary task was to manage the large number of fund transfers, while the fraudsters were safely based outside India, said the police.

At the time of his arrest, he had the custody of 29 bank accounts and 30 active mobile phones. At the same time, four persons namely Umakant Akash Joys, Ved Chandra, Hari Om and Abhishek Mansaramani, all residents of Delhi, were arrested.

They are Directors in the shell companies being used in the scam, the police said.

"One accused Arvind, who had induced three of these persons to become Directors, for a one-time payment, was also arrested. These accused further revealed the involvement of two Chartered Accountants, Avik Kedia and Ronak behind the creation of these shell companies in connivance with Chinese nationals, and both of them were arrested the same day," the police said.

Subsequently, on the basis of an investigation into the money trail, accused Sashi Bansal and Mithlesh Sharma were arrested for their role in providing bogus companies and bank accounts to the Chinese fraudsters.