The police have set up barricades near her residence and no one is allowed to move nearby her house.

Hyderabad: Security was heightened near the residence of Telangana Rashtra Samithi MLC K Kavitha hours ahead of her questioning by the Central Bureau of Investigation in connection with the Delhi Excise Policy scam case on Sunday.

The police have set up barricades near her residence and no one is allowed to move nearby her house.

According to the TRS sources, party workers have been instructed by TRS top leadership not to unnecessarily gather at the residence.

"We will fully cooperate with the agency," the sources said.

The questioning will be held at Kavitha's Banjara Hills residence in Hyderabad.

A day before the questioning of the TRS leader by the CBI, several posters with the slogan "daughter of fighter will never fear" were seen in Hyderabad.

"We are with Kavithakka", read the posters. 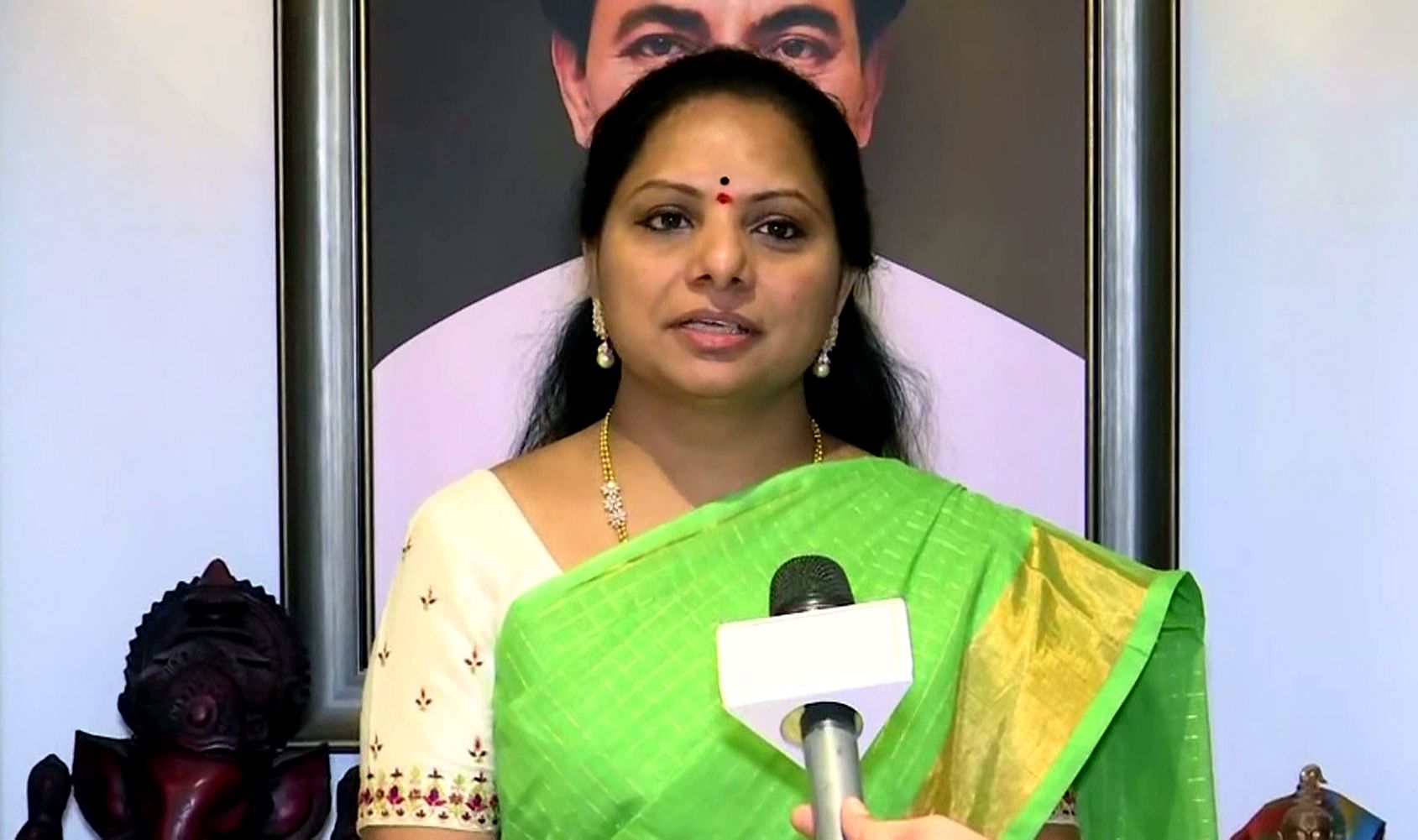 Kavitha said she would be available for questioning at her residence

Kavitha, daughter of the Telangana Chief Minister K Chandrashekar Rao on December 6 said she would be available for questioning at her residence at 11 am on December 11 in connection with the Delhi Excise Policy case.

Kavitha's response came after CBI wrote a letter to her stating that it would visit her residence at 11 am on December 11 and record her statement in connection with the case.

Kavitha had earlier written to the probe agency seeking deferment of summons, slated on December 6, to anytime between December 11 and 15 (except 13) because of her preoccupied schedule. The CBI had earlier summoned her on December 6 in connection with the case.

Delhi Deputy Chief Minister Manish Sisodia is one of the accused in the case. The new Excise Policy of the Delhi government was scrapped after Lieutenant Governor VK Saxena recommended a CBI investigation into the matter.

The charge sheet submitted by the Central Bureau of Investigation (CBI) in Delhi's liquor scam did not name the deputy chief minister of Delhi Manish Sisodia who was mentioned in the FIR in the connection with the scam.