New Delhi: BJP MP Parvesh Verma has landed into a trouble for the recent verbal spat he had with a Delhi Jal Board (DJB) official at the banks of Yamuna river in Kalindi Kunj.

As per an NDTV report, a complaint has been filed against Verma for misbehaving with an official on duty. DJB's treatment quality control director Sanjay Sharma has filed the complaint at the Kalindi Kunj police station. An investigation in the matter is on. 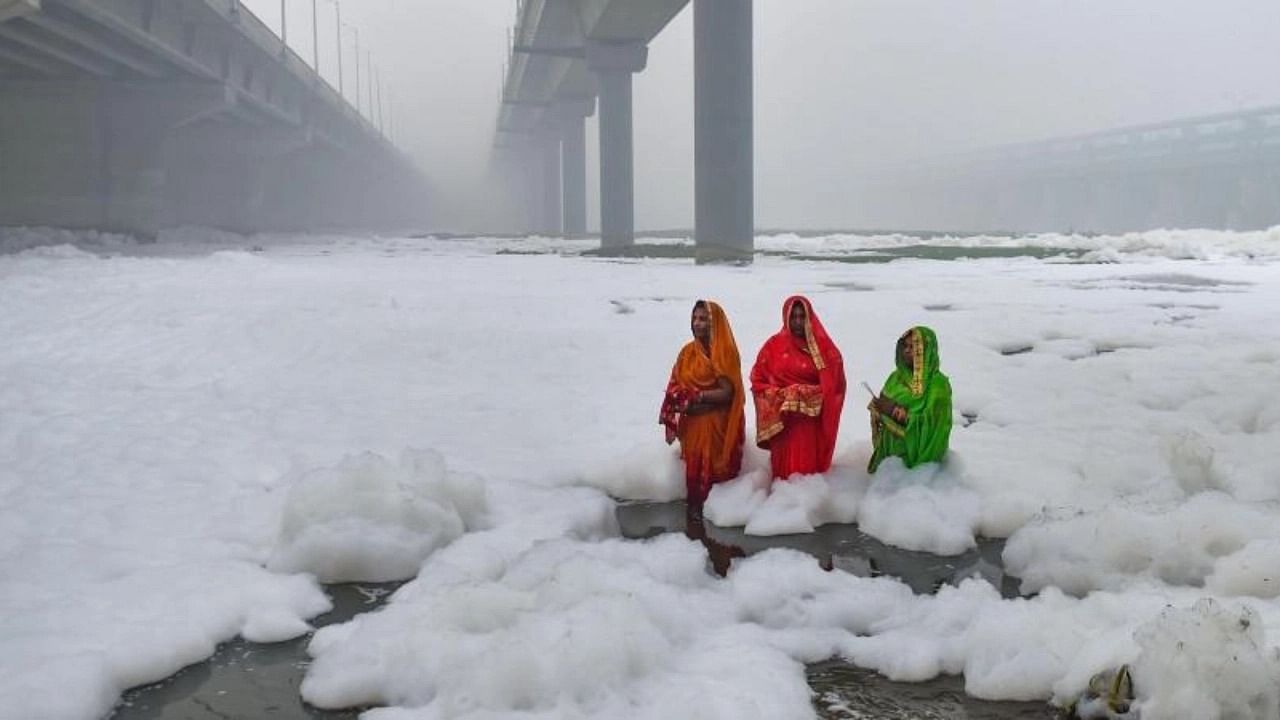 The verbal spat between Verma and Sharma

Bharatiya Janata Party MP Parvesh Verma on Friday was seen getting into a heated argument with a Delhi Jal Board official and called him "Besharam" (shameless) and "ghatiya aadmi" (cheap person) after the latter, the leader claimed, did not stop spraying chemicals in the Yamuna river ahead of Chhath Puja.

To deal with the problem of foam formation on the surface of the Yamuna River near Delhi, the DJB officials are resorting to spraying the river water surface with chemicals.

Verma visited the site to inspect the preparations for the puja and was seen indulging in a heated argument with the official in a video.

Speaking to ANI, the BJP MP asked who will be responsible if people who will take a dip into the river (during Chhath Puja) fall sick or die.

"On visiting Chhath ghat near Yamuna today, we found containers with poisonous chemicals there. This chemical will be put into the river. Tomorrow the people will take a dip into the water here. I said to him that you are putting so many chemicals into the water. If anyone of them died or fell sick or developed a skin disease, who will be responsible? They said that they do not know anything, they have been ordered by the Delhi government and have to do it," he said.

Verma said that asked the official to show the order of the Delhi government which guaranteed that the chemicals will be of no harm to the devotees, however, he denied having any such order.

"I repeatedly asked him not to put chemicals into the Yamuna river. I told him to show me the order which states that the chemicals will not be harmful, but they did not show me anything," he said.

The MP said that if had to speak in this manner for the benefit of the people of Delhi, he will do it.

"How can I not be angered if officials don't listen to me in this matter? If I have to talk in this manner for the benefit of the people of Delhi, then I have no problem, it's right," he said.

Ahead of the Chhath Puja, which is usually celebrated on the river banks in northern India, the DJB officials sprayed chemicals on the surface near Kalindi Kunj, with the aim of removing the toxic foam owing to a high level of pollutants in the water.

Taking a ritualistic bath in holy water is considered an essential part of the rituals centred around Chhath puja. During this festive season, devotees residing in Delhi, Noida and Ghaziabad head towards the Yamuna river to take a dip in its waters and seek blessings from the Sun God for a healthy, happy, and prosperous life.

The core ritual around the festival involves devotees observing a fast and worshipping Chhathi Maiya to express gratitude to the Sun God for sustaining life on Earth. Chhath is considered to be the only Vedic festival dedicated to Surya (the Sun God).

This ancient Hindu Vedic festival is mainly celebrated in Bihar, Jharkhand and eastern Uttar Pradesh in India and Nepal