After the accident, the pillion fled from the scene. As per the police the pillion also received some injuries.

Delhi accident: Car that hit woman, dragged her for over an hour, was borrowed; lender knew the men were drunk | Video screengrab
Follow us on

"When we traced the route of the deceased, it was found that she wasn't alone on her scooty. A girl was with her at the time of accident. She suffered injuries and fled from the spot but the deceased's legs got stuck in car, after which she was dragged," said Delhi Police.

She suffered injuries & fled from the spot but deceased's legs got stuck in car, after which she was dragged: Delhi Police@DelhiPolice #India #Delhi #KanjhawalaCase pic.twitter.com/zjtkxmPj8S

Kanjhawala death case | When we traced the route of deceased, it was found that she wasn't alone on her scooty. A girl was with her at the time of accident. She suffered injuries & fled from the spot but deceased's legs got stuck in car, after which she was dragged: Delhi Police 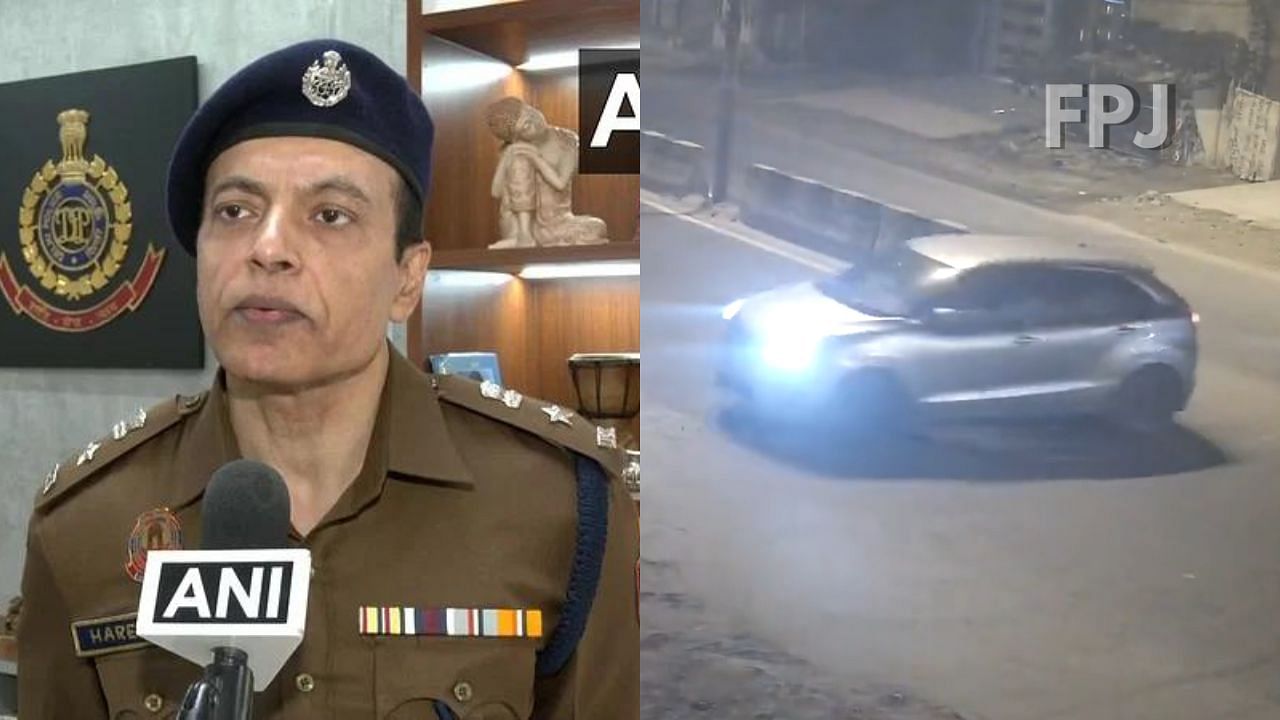 New, high-quality security camera footage confirmed the horrific witness accounts that she had been dragged under the wheels for over an hour.

A senior police officer said that the woman was dragged for around 12 kilometers following the accident.

The mother alleged that the police were trying to "make it look like an accident" as she expressed dissatisfaction with their handling of the case.

The accused have been booked on charges of culpable homicide (Section 304) not amounting to murder, causing death by negligence and criminal conspiracy, according to the police.

A political slugfest erupted over the incident, with the Aam Aadmi Party attacking the BJP alleging that one of the accused - Manoj Mittal - is linked to it.

It also accused the lieutenant governor of being "negligent" in the matter.

Delhi BJP leaders said the accused should be given the strictest punishment if found guilty and claimed that its rivals were indulging in politics over a sensitive issue. They also said Manoj Mittal, one of the five accused, was the co-convener of the data entry cell of the BJP's Mongolpuri ward unit.

Amid allegations of "shoddy investigation", Lt Governor V K Saxena directed Police Commissioner Sanjay Arora to "strictly ensure" if there were any "lapses" on part of the police.

The victim's mother told reporters that she kept pleading with police to allow her to meet her daughter, but was later informed about her death.

"She worked at an event management company and told me she was going to an event and would return late. I was waiting for her," she said. I spoke to her at around 9 pm the same day and she said she will be home soon." The victim's autopsy was conducted under the supervision of a medical board at the Maulana Azad Medical College (MAMC) premises.

Deepak Dahiya, who claims to be an eyewitness to the incident, said the woman's body was dragged for one and a half hours on the city's roads in Sultanpuri area.

"The body was visibly stuck under the car which made three rounds on the Kanjhawala Road taking U-turns after every few kilometres. Police just kept calling me and asking where I saw the body.

"I made a PCR call at 3.18 am, however, the first PCR call about the incident was made from Begumpur an hour before," Dahiya told PTI.

Earlier in the day, scores of people gathered outside the Sultanpuri Police Station and blocked traffic demanding punishment for the accused.

"At the time, when people are wearing five layers of clothes in winter, then what's the likelihood of her being found naked," one of the protesters said.

Malti, an aunt of the victim, said, "Police called us and informed us that our girl had met with an accident. We demand death for all who are responsible for her death. They did enormous damage to her family and must be punished." AAP MLA Saurabh Bhardwaj shared a video with media claiming that a hoarding outside the Sultanpuri Police Station, where the accused is currently lodged, bears the picture of Mittal.

Several other AAP leaders and workers gathered outside LG Saxena's residence at Civil Lines and demanded his resignation. Bhardwaj alleged police were trying to cover up the matter because one of the culprits is a BJP member.

Delhi BJP's media cell head Harish Khurana said Bhardwaj calling the Sultanpuri incident collusion between BJP and LG "is very shameful. BJP strongly opposes this entire incident and demands the hanging of all the accused involved in it." "Instead of doing politics, AAP should get the entire matter investigated through a fast-track court," he said.

Congress spokesperson Supriya Shrinate tweeted a purported poster of one of the arrested accused Manoj Mittal.

"The five 5 people were so drunk in Delhi that they dragged a 20-year-old girl for 12 kilometers and killed her.

"One of these savages Manoj Mittal is the co-convenor of BJP. Why do these savages have a BJP connection every time? Will PM Modi/ Smriti Irani keep mum as always," Shrinate tweeted in Hindi.