Ahmedabad: Cyclone Vayu, which weakened into a "depression", is likely to weaken further into a "well-marked low pressure area" before crossing the north Gujarat coast, a senior IMD official said Monday.

Manorama Mohanty, scientist with India Meteorological Department at Ahmedabad, said Vayu was no longer a danger and would cause rainfall, and winds with a speed of 30-40 kilometres per hour. "The cyclone has weakened and turned into depression, which is going to further weaken and convert into a well- marked low pressure area before it crosses the Gujarat coast," Mohanty said. 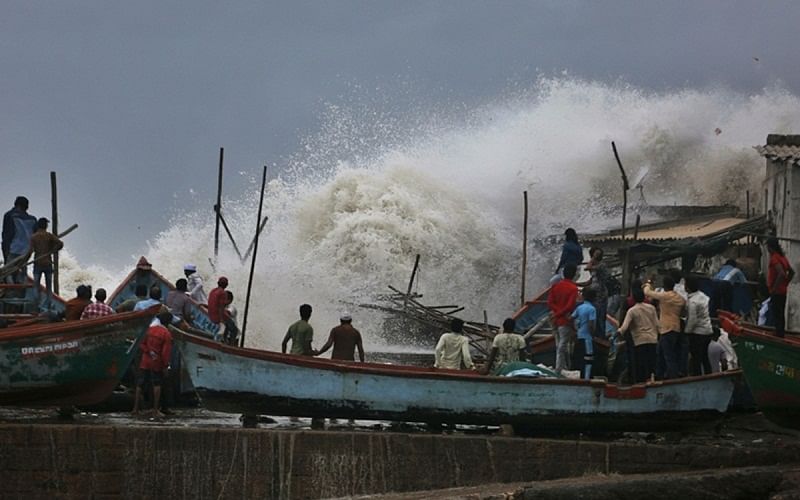 "The system is very likely to weaken into a well marked low pressure area during next six hours and move towards north Gujarat coast," the IMD statement said, adding that Vayu may cross Gujarat coast early Tuesday morning. Asking fishermen not to venture into the north Arabian Sea, northern parts of central Arabian Sea and along and off Gujarat coast during next 24 hours, the IMD also said Gujarat would receive fairly widespread rainfall on Tuesday.

Five teams of the National Disaster Response Force (NDRF) and local authorities are prepared to carry out relief and rescue operations whenever required, an official said. However, the Kutch district administration is on alert as the cyclone can cause heavy rainfall in the region. Kutch Collector Remya Mohan said five teams of the NDRF were stationed in the district to help in rescue and relief work.

The cyclone was earlier predicted to make landfall in Gujarat on June 13. However, it later began to move away from the state, sparing the coastline of any possible damage. The IMD last Friday said the cyclone would "recurve" and return to the coast in Kutch district as a weakened system.