Cong's assurances in manifesto not just commitment, but guarantee as credibility is important: Rahul in poll-bound Goa 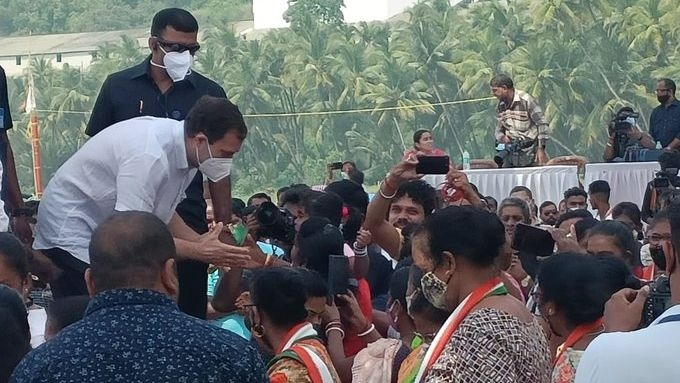 Kickstarting the Congress's poll campaign in Goa, where Assembly elections are due early next year, Rahul Gandhi on Saturday asserted that the assurances that his party will give in its election manifesto in the state will not just be a commitment, but a "guarantee" as not keeping the word will dent his credibility.

Addressing members of the fishermen community at Velsao beach in South Goa following his arrival in the state for his day-long visit, he said his party will prepare the poll manifesto in an open and transparent manner after holding talks with different stakeholders in the state, and its focus will be environment protection.

He also alleged that while the BJP indulges in hatred and divides people, the Congress spreads love and affection as it believes in uniting people and taking them forward.

Gandhi said the party has fulfilled the commitments made to the farmers in Chhattisgarh on waiving their loan. "You can go to Punjab and Karnataka, we did the same thing," he said.

"We are going to write the Congress's manifesto for the coming election. It is going to be written in an open and transparent way. We will have conversations with fishermen, environmentalists, workers, labourers in Goa and we will ask them what they want in Congress manifesto," Gandhi added.