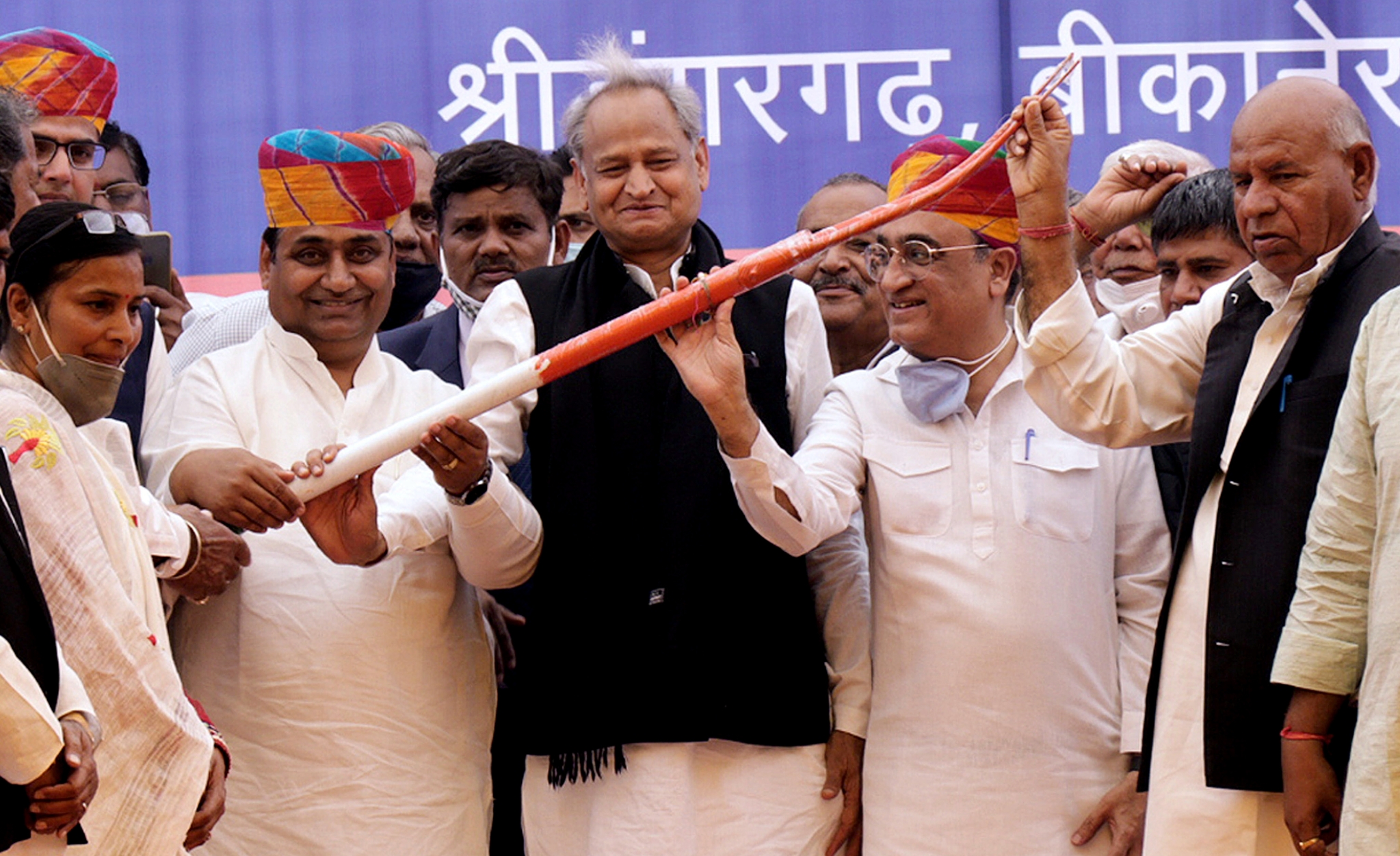 Jaipur: The Congress held two kisan mahapanchayats in Bikaner and Chittorgarh districts on Saturday where chief minister Ashok Gehlot and former deputy chief minister Sachin Pilot travelled together in one helicopter and shared the stage at the meetings, trying to give a message of unity.

The two leaders along with Rajasthan incharge Ajay Maken and state Congress president Govind Singh Dotasara travelled in the same helicopter from Jaipur to the farmer meet at Dhaneru village near Sridoongargarh in Bikaner district.

This was the first time after the 2019 Lok Sabha elections that Gehlot and Pilot travelled in the same helicopter. There has been a cold war between the two leaders since Pilot’s rebellion against the Gehlot government last year.

The leaders also shared the stage and attacked the centre in their speeches. During Rahul Gandhi’s speech in February, the rift in the party was visible with Pilot also being asked to get off the stage at one of the meetings. The party is now in damage control mode and trying to project a united front ahead of the polls.

The first meeting was held in Dhaneru and the second meet was in Matru Kundiya village in Chittorgarh district. There was a large turnout in both the meetings and the crowd shouted slogans in favour of both Gehlot and Pilot.

The Congress is using the farmer meets to reach out to farmers as well as to kickstart its campaign for the four assembly bypolls that are due in March.

Gehlot said governments should not be stubborn but listen to its people. He said the centre is being stubborn in not taking back the farm laws. Gehlot said for the first time in history, the entire world is criticising India but prime minister Narendra Modi is not worried about farmers.

He said farmers are the backbone of the country and the Congress under the leadership of Rahul Gandhi has launched a campaign against the farm laws and we will compel the centre to take back the laws.

The assembly bypolls are to be held in Rajsamand, Sujangarh, Sahada and Vallabhnagar constituencies after the demise of the sitting MLAs.

With the meeting in Matra Kundiya which is known as the Haridwar of the East with a temple dedicated to Lord Shiva, Congress is targetting the seats of Rajsamand, Vallabhnagar in Udaipur district and Sahada in Bhilwara district. All the seats fall in the vicinity of Chittorgarh.