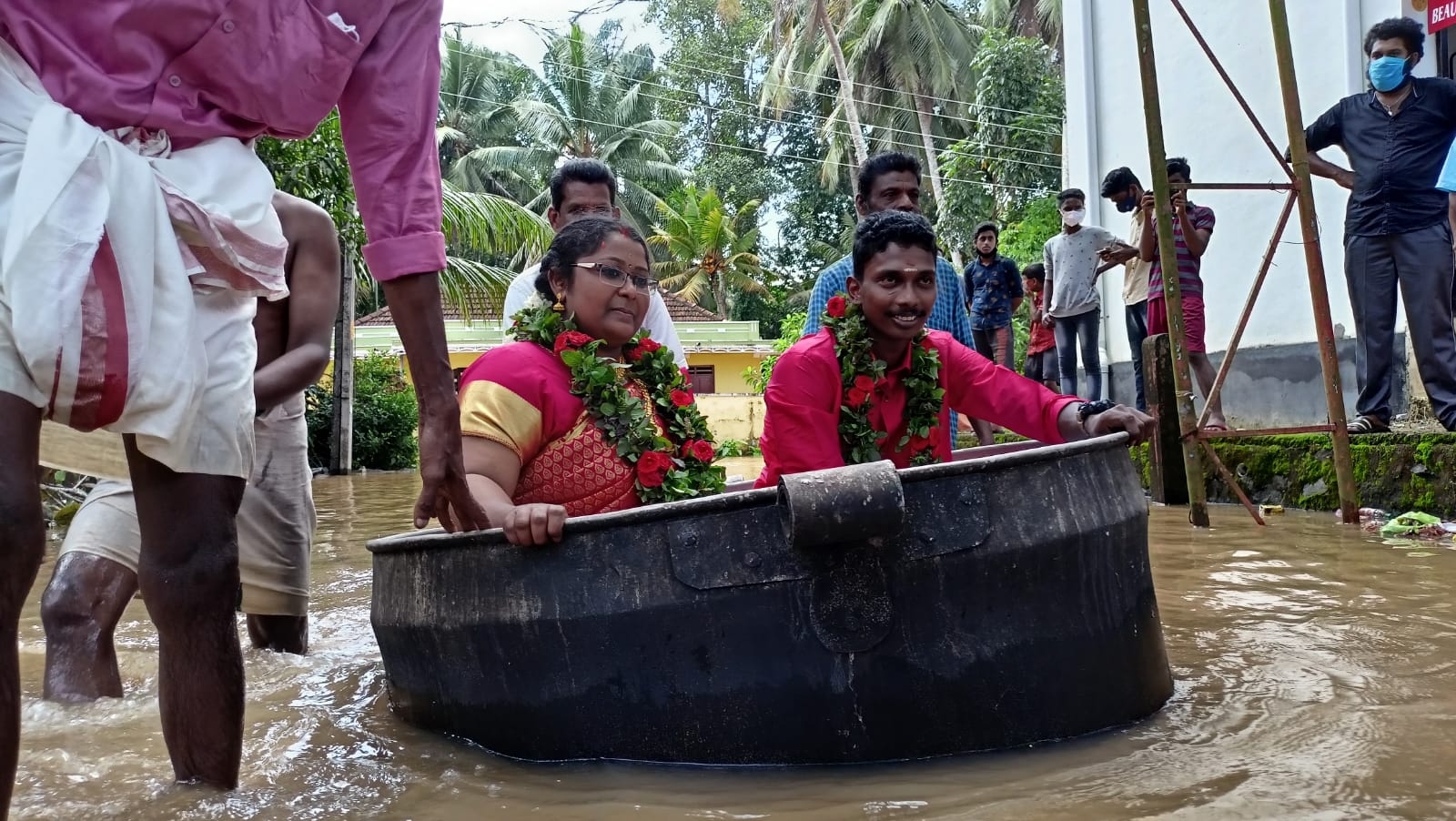 Nothing could deter a young couple in Kerala as they braved the floods to reach in time for their marriage, travelling nearly 500 metres on a traditional copper cooking vessel for their wedding held in a local temple at Thakazhi near Alappuzha on Monday morning.

Since torrential rains hit the state on Friday afternoon which continued partly till Sunday, the Kuttanad area of Alappuzha had submerged due to severe rains, the roads in the area were completely submerged on Monday.

The bride Aishwarya and the groom Rahul, both hailing from the same locality, had fixed their wedding to be held in the local temple at Thakazhi. On Monday, things went for a toss as by then the roads had disappeared and water was flowing all over the area.

Generally in Kerala, the bride and groom come to a temple or the wedding hall in a car but it was not the case for Rahul and Aishwarya.

All decked up to reach the temple, the couple came into a traditional rice cooking copper vessel and arrived at the temple and as per the planned 'muhurthum' (auspicious time for a wedding) to become husband and wife.

There were a handful of relatives present and the marriage hall was flooded, too, but not the stage where the marriage ceremony took place in presence of the temple priest.

"We were not scared to travel in the vessel," said an excited Rahul while Aishwarya said, "We all are happy that the wedding took place at the planned auspicious time."

A relative who organised the 'vessel' trip said, "Some areas near the temple were almost submerged but we managed to bring both the bride and the groom on time."