HomeIndiaChhattisgarh: CM and Governor at loggerheads over the new reservation bill

Chhattisgarh: CM and Governor at loggerheads over the new reservation bill

The bill is on hold at Rajbhawan and more than two weeks passed, and the governor is yet to sign it.

The bill is on hold at Rajbhawan and more than two weeks passed, and the governor is yet to sign it. As the election year is approaching, unresolved reservation is converting into a big issue in the state and the bill on hold, has tested the patience of the CM Baghel.

In addition the governor Uikey also asked ten questions to the ruling Congress government about the relevance of the bill including whether if got challenged in the court  the bill will survive or not. Did it meet similar fate as the previous bill having provisions of 58% meet in the court? Why did the data of quantifiable commission on castes not present in Rajbhawan? The straight-forward pricky questions from Rajbhawan irked the CM Baghel and he directly blamed the governor that she becomes puppet and playing in the hands of BJP headquarters. 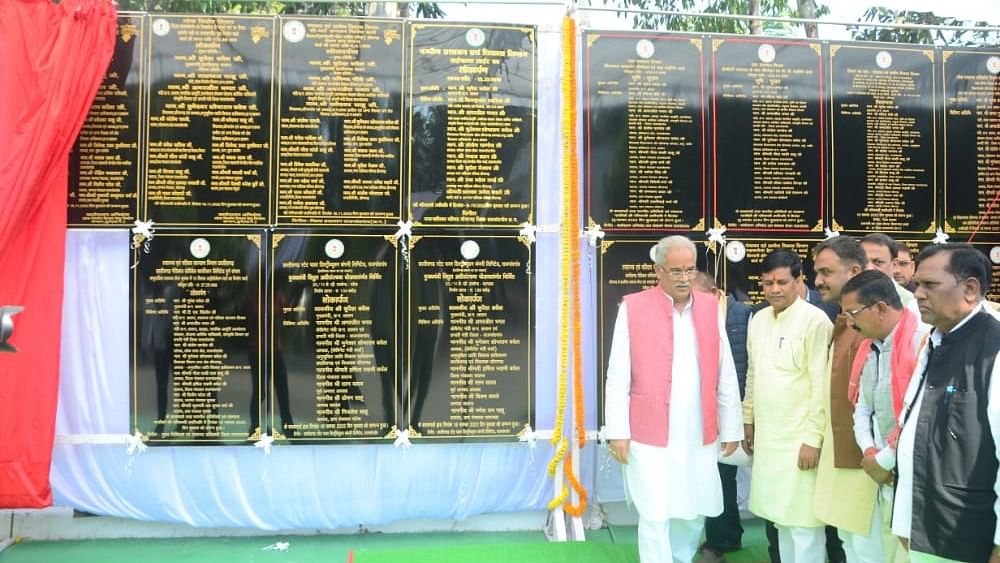 The governor has no rights to ask such questions when it was known the bill was passed by Chhattisgarh State Assembly, the CM said, she is doing politics.

Earlier she promised to immediately approve the bill if brought her for signature. She can do three things, either approve, reject or keep the bill with her for a longer period but she can't question, Baghel said.

Earlier the governor blamed that she asked to only increase the schedule tribe reservation upto 32% but the government escalated reservation of each sections.Notably, as per the provisions of the new bill ST will get reservation 32%, SC – 13% and OBC will get 27%. Meanwhile quota for EWS fixed as 4%.

The government was not satisfied the way OBC quota is increased in the tribal dominated state.In recent days Baghel positioned himself as a strong OBC leader, raised eyebrows within the party and outside, has become indigestible several his rivals.

Recently, a delegation of OBC leaders also meet the governor and demanded of 42% following the data of quantifiable commission. Meanwhile, SC community continuously pressing demand that should be given 16% reservation. In other words politics of Chhattisgarh is on boil over unresolved disputed reservation issue.

Political analysts opined if reservation issue remained unresolved till assembly elections it may act as set back for Baghel's aura and Congress party both.