‘Chalk out a plan to save the country': Mamata Banerjee writes to CMs, leaders of oppn parties on CAA 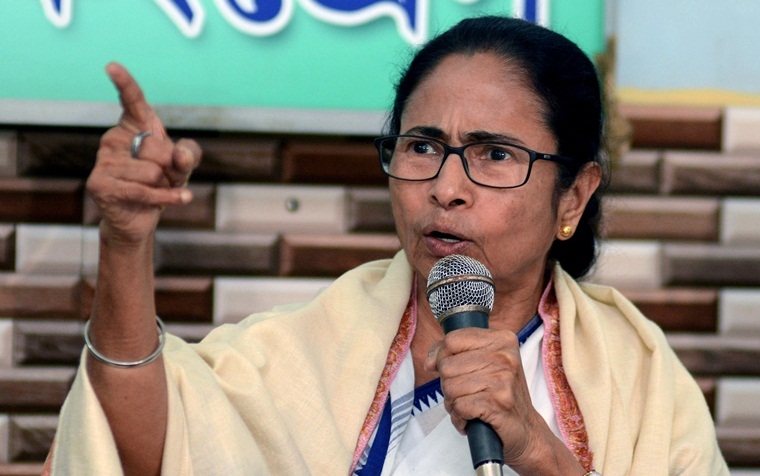 Kolkata: West Bengal Chief Minister Mamata Banerjee, who is eyeing pan-India support in her fight against the Citizenship Amendment Act, wrote to chief ministers and senior leaders of opposition parties on Monday, urging them to unite and chalk out a plan to "save the country".

Banerjee wrote separate letters to NCP supremo Sharad Pawar, Congress president Sonia Gandhi and National Conference leader Farooq Abdullah, among others, asserting the need for joint protests against the CAA and the proposed nationwide NRC. Her appeal to the opposition parties came on a day when BJP working president J P Nadda addressed a rally in the city and accused the TMC of "misleading" masses over the contentious law.

Banerjee described the current situation in the country, in the backdrop of protests against the citizenship law, as serious and urged all non-BJP parties to come together and rise against the "draconian regime" at the Centre. "Today, I write this letter to you with grave worries in my mind. The citizens of this country irrespective of caste and creed, particularly the woman and children, farmers, workers and members of scheduled castes, scheduled tribes, OBCs and minorities are in the grip of fear and panic for the Citizenship Amendment Act and the proposed nationwide NRC. The situation is very serious," the letter read. 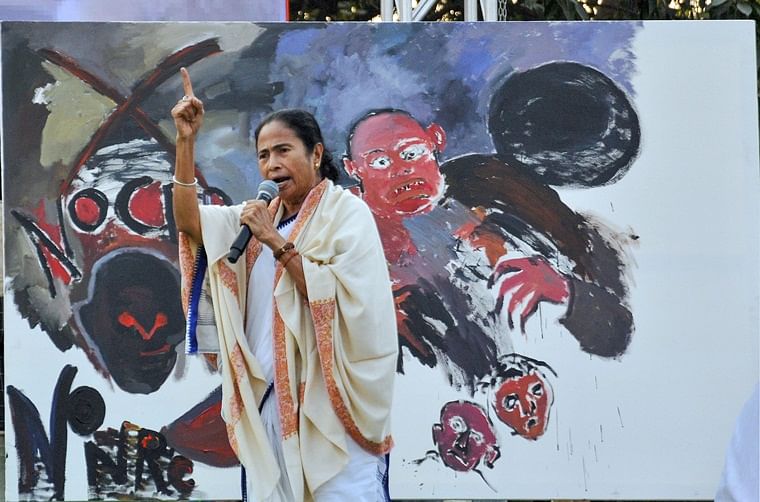 "Today, more than ever, we need to rise against this draconian regime in the united manner. I sincerely and honestly request all my senior leaders and all the political outfits to stand up against this in a concerted and united manner; let us create peaceful and meaningful opposition to these unholy efforts by the Centre and save India's democratic soul," it added.

She said opposition unity must be on one platform to counter the BJP's attempt to "bulldoze democracy". "The ruling party is bulldozing this democratic movement by using state machineries and brute force. Leaders of opposition are not being allowed to visit disturbed areas," the letter read. A four-member TMC delegation, which was scheduled to meet the families of those killed in Uttar Pradesh during violent protests over the new citizenship law, was "detained" at Lucknow airport on Sunday afternoon.

"Let us all meet and chalk out a concerted plan to protest and save our democracy," she said in the letter, which was made available to the media. Banerjee's letter to the opposition leaders and chief ministers comes a day after poll strategist Prashant Kishor, who has been hired by her party for the 2021 assembly elections, had suggested two-prong approach to tackle the CAA and NRC -- continue peaceful protests and bring together most, if not all, the 16 non-BJP CMs.

According to TMC sources, Banerjee is trying to garner pan India support in order to start a country-wide movement against the CAA and the proposed NRC. "If we keep opposing separately it won't find any resonance across the country and it would be easy for the BJP government at the Centre to curb those protests," a senior TMC leader said.

"If the protests are held country-wide at the same time, then it would find much bigger acceptance among the masses. We have to be united keeping aside narrow political considerations," he added. Reacting to the letter, BJP state president Dilip Ghosh said that Banerjee's attempt to bring together opposition leaders has failed to yield any positive results in the past and it will be the same this time too.

"We saw that she tried to bring together the opposition during the Lok Sabha polls. We later saw the results. This time as well she will face the same fate," he said. Banerjee, who has been at the forefront of opposing the CAA and the proposed NRC, last week led three protest marches and addressed two rallies on the issue in the city.

On Tuesday, she is scheduled to hold another protest march from Swami Vivekanada statue at Bidhan Sarani in north Kolkata to Gandhi Bhawan in Beleghata. Trinamool Congress leaders, earlier in the day, held protest rallies in all blocks across the state.