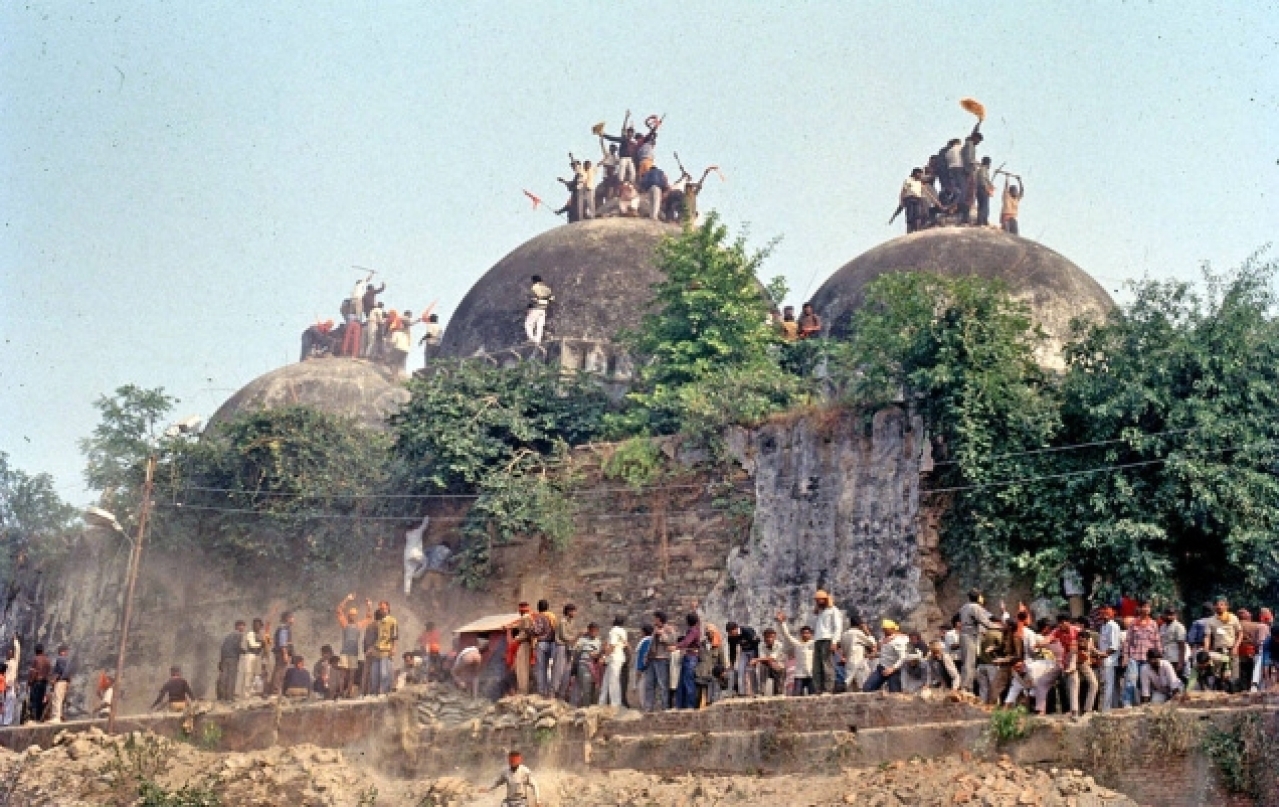 A special court here has said the CBI did not probe into an "important" secret information that people from Pakistan intelligence agency may have also entered and damaged the disputed Ram Janmabhoomi-Babri Masjid in Ayodhya to foment communal disturbances in the country.

Special Judge S K Yadav referred to inconsistencies in testimonies of several prosecution witnesses while holding that the charge of criminal conspiracy to demolish the structure and other charges were not proved against 32 high-profile accused in the case.

In the 2,300 page-long verdict written in Hindi, the judge said the Central Bureau of Investigation's (CBI) case became weaker or "forceless" in view of the fact that it did not probe and ruled out the Pakistan angle to the demolition to make the criminal conspiracy charge stand the judicial scrutiny.

The special CBI judge observed this on Wednesday in the judgement while acquitting the accused, including veteran BJP leaders L K Advani and M M Joshi, of conspiring to raze the structure among other charges. The court said the CBI's allegations against the accused persons "become forceless also because it did not investigate a report sent by Local Intelligence Unit (LIU) on December 5, 1992, that on December 6, 1992, some persons from Pakistani intelligence agencies may cause damage to the disputed structure after merging with the local crowd".

It noted that there were local intelligence reports that on December 2, 1992, some 'majaar' (shrine) were broken and set on fire by persons from the Muslim community with an aim to vitiate the communal atmosphere so that 'kar seva' (voluntary service) may be interrupted.

It cited an LIU report, which was signed by Inspector General (security), Uttar Pradesh, that said "persons related to Pakistani intelligence agencies have merged with the masses in Ayodhya and they may create unrest in the state and the country by damaging the disputed structure with explosives and other means".

The court also noted that there were reports that explosives originated from Pakistan had reached Ayodhya via Delhi, while another intelligence report had warned the administration that "about 100 persons, including anti-social/anti-national elements, from Udhampur area of Jammu and Kashmir are coming to Ayodhya in the garb of kar sevaks (volunteers)".

The reports were received by authorities concerned and acted upon, the court observed.

"This information was sent to Principal Secretary (Home), Uttar Pradesh, and the state's all security agencies were informed about the same in written form.

"Despite having such crucial information, these aspects were not investigated," the judge said.

The case is related to the razing of the disputed structure in Ayodhya on December 6, 1992, which triggered riots for several months leaving nearly 2,000 people dead across the country.

The structure was demolished by 'kar sevaks' who claimed that the 16th century Babri mosque in Ayodhya was built on the site of an ancient Ram temple.

Charges were framed against 49 people, but 17 (including stalwarts like Ashok Singhal, Balasaheb Thackeray, Vijayraje Scindia) have died during the course of the trial.

The charge of conspiracy was in addition to other charges, including promoting enmity between different groups on grounds of religion.

The CBI had argued that the accused conspired and instigated 'kar sevaks' to demolish the 16th century mosque.

However, the accused had pleaded innocence, maintaining there is no evidence to prove their guilt and claiming that they were implicated by the then Congress government at the Centre as political vendetta.