The video was reportedly recorded on August 11, 2022, and was circulated on social media.

An incident has been caught on camera showing the Chinese People's Liberation Army (PLA) reportedly carrying out construction activities in Chaglagam, Arunachal Pradesh near the Line of Actual Control (LAC).

According to the news network Indian Today report, the video was captured by the locals in the Anjaw district of Arunachal Pradesh that show the PLA along with heavy machinery taking up 'illegal construction work' near Hadigara-Delta 6 in Chaglagam.

Sources say that it takes about four days for a common man just to reach the spot where the PLA soldiers were seen doing construction activities. Chaglam is India's last administrative post near the India-China border LAC.

Speaking to India Today, residents of the area have expressed concern over the illegal activities by China.

A local resident of Shi Yomi district, located near the India-China border, says that China's increasing construction activities along the LAC are a matter of concern.

The video was reportedly recorded on August 11, 2022, and was circulated on social media.

Meanwhile, the Narendra Modi-led Union Government faced criticism over the incident from the opposition.

AIMIM chief Hyderabad MP Asaduddin Owaisi slamming the Centre called for a special session of parliament to discuss the state of India's ties with China.

"Chinese ingress has been on for more than two years in Ladakh. And now we have these images from Arunachal. This calls for a special session of parliament to discuss the state of our ties with China. Nothing less will suffice," he Tweeted.

"Will our PM saheb, who is scared to even name China, tell us what this Chinese construction party is doing on our territory in Arunachal Pradesh?" Owaisi asked.

While All India Trinamool Congress (AITC) leader Saket Gokhle said that the Centre is raging bulldozers on homes of poor and Muslim Indians and China is using bulldozers for construction on Indian territory.

"Modi’s BJP - running bulldozers on homes of poor & Muslim Indians. China - using bulldozers for construction on Indian territory in Anjaw District, Arunachal Pradesh. Wish Bal Narendra who battled crocodiles was our PM. The current one is a coward," Gokhle said.

India and China have been engaged in a border stand-off in the Northern Ladakh sector of LAC since 2020. According to several media reports, China had illegally captured 60 square kilometres (23 sq mi) of Indian-patrolled territory between May and June 2020.

Beginning on 5 May 2020, Chinese and Indian troops engaged in aggressive face-offs and skirmishes at locations along the Sino-Indian border, including near the disputed Pangong Lake in Ladakh. 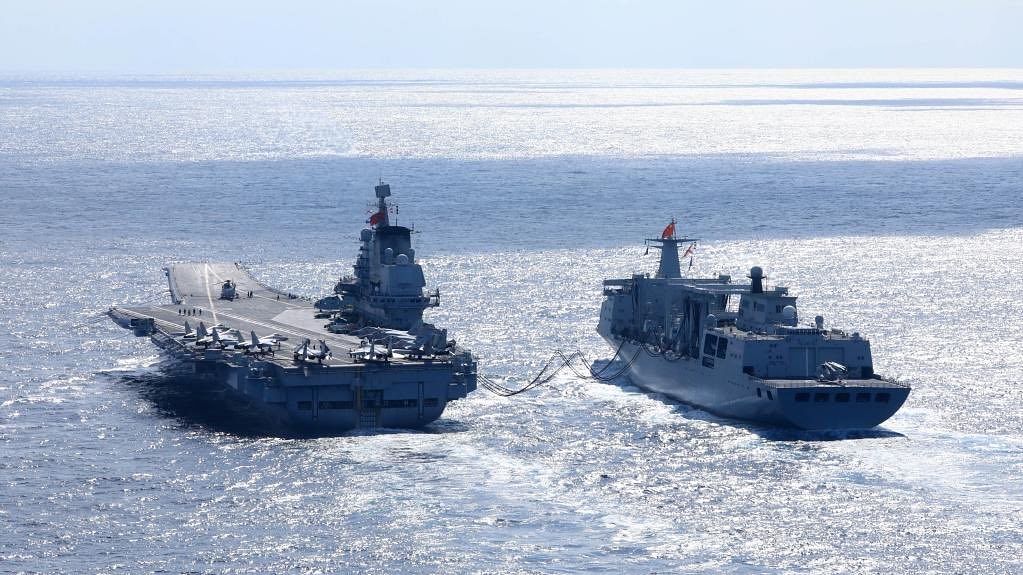