Meanwhile, Sukanta Majumdar also lashed out at Chief Minister Mamata Banerjee over the alleged attack on Dilip Ghosh and said that the attack has proved that there is no law and order in the state
Agencies 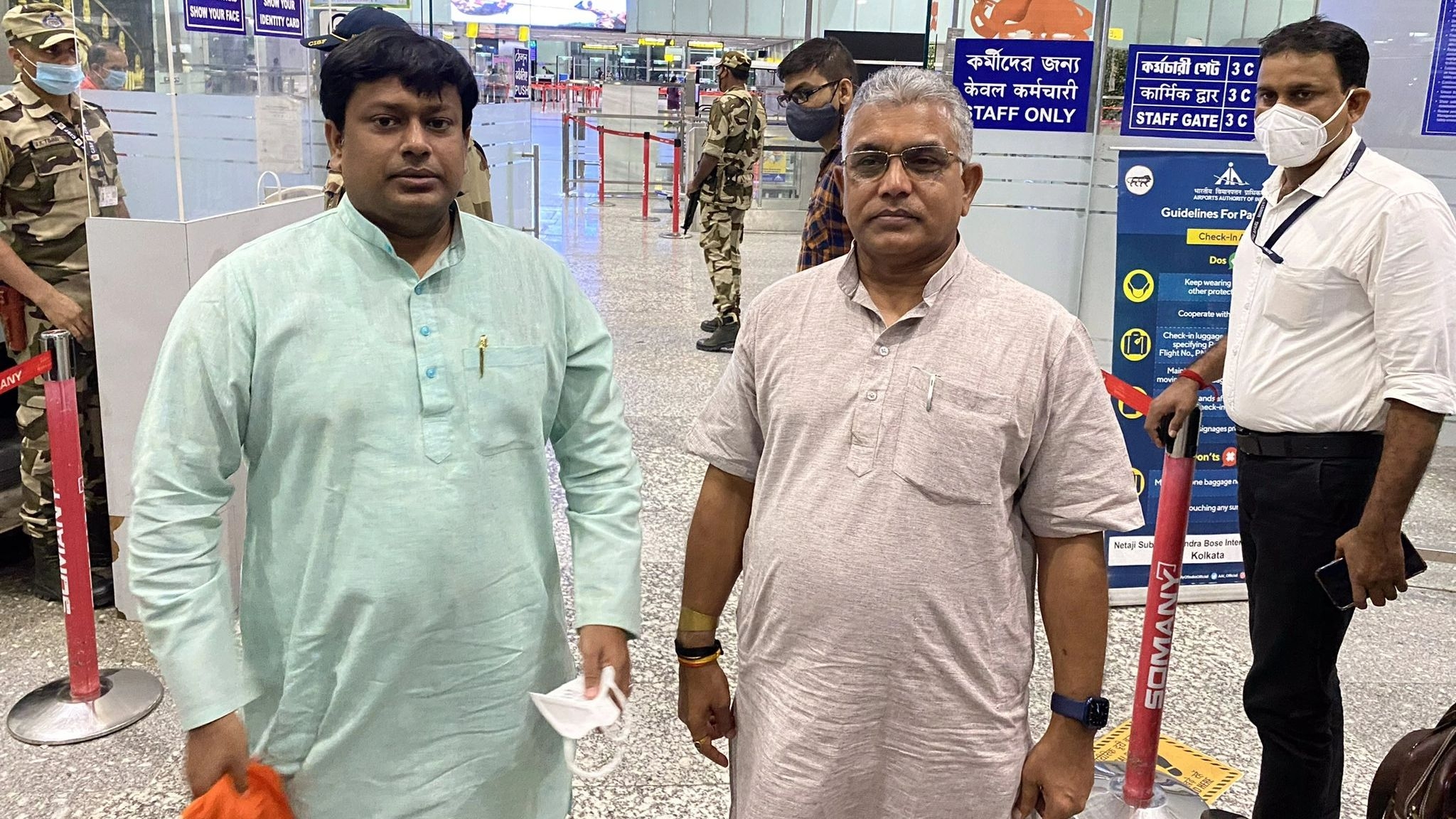 Dilip Ghosh and Sukanta Majumdar on way to Delhi | Twitter/@DilipGhoshBJP

Kolkata: Bharatiya Janata Party's (BJP) national vice president Dilip Ghosh on Monday said there is no point to hold the elections if the state administration under Trinamool Congress (TMC)-led government cannot conduct an unbiased election and demanded suspension of the upcoming by-poll on Bhabanipur constituency.

Media reports have also emerged that Bengal BJP may also demand the imposition of prohibitions under Section 144 during the Bhabanipur bypoll on September 30.

Ghosh, who was allegedly attacked by Trinamool Congress (TMC) workers while campaigning for the Bhabanipur bypoll, said that the election must be held when the "Election Commission would be able to provide security to the candidates and voters of the Bhabanipur constituency. Till then the elections must stand cancelled".

"The Election Commission is aware of everything. We have complained to them several times in Delhi and Kolkata. Despite this, no security arrangement was made," said the BJP leader.

"There is no point to hold polls if we cannot reach out to voters. People are living in constant fear. If an MP is being attacked, I cannot think that a common person will come out to vote. The election should be stand cancelled as an unbiased poll cannot be conducted," he added.

Meanwhile Majumdar, who is visiting the national capital to meet the BJP top leadership after his appointment as the chief of the West Bengal BJP on September 20, said "If people will come out to vote during the by-polls in Bhabanipur, the BJP will definitely win."

On Monday, Ghosh alleged that he was attacked and abused by Trinamool Congress (TMC) workers while campaigning for the Bhabanipur by-poll. He also alleged that one of the BJP workers who were accompanying him during campaigning was also beaten up.

Ghosh said that his security officials had to take out their guns to stop the attackers. He went on to allege that BJP leader Arjun Singh was also surrounded by the attackers and was forced to leave the venue of the campaign midway.

West Bengal BJP unit has written a letter to the Chief Electoral Officer of the state over alleged attacks. In the letter, BJP also alleged that its candidate Priyanka Tibrewal for the Bhabanipur by-poll "was molested" by DCP South Division.

The voting on the seat will take place on September 30.