The 23-year-old poet, Bappadittya Sarkar, also said that despite the ordeal he faced due to the Uber driver's act, he will not lodge a complaint against him as it may ruin his career and life.
Agencies 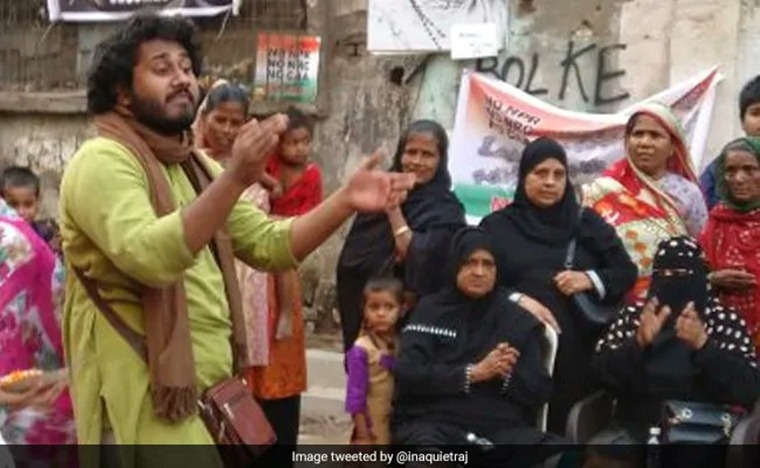 Mumbai: A poet-activist, who was taken to a Mumbai police station by his cab driver after the latter overheard his phone conservation about anti-CAA protest, on Friday said that the driver's aggressive behaviour and violent language reflected the atmosphere prevailing in the country.

The 23-year-old poet, Bappadittya Sarkar, also said that despite the ordeal he faced due to the Uber driver's act, he will not lodge a complaint against him as it may ruin his career and life.

Sarkar, a resident of Jaipur, who had arrived in Mumbai on February 3 for a poetry reading session at the Kala Ghoda Festival, had taken part in the ongoing anti-CAA-NRC protest at Nagpada in Mumbai. He took the Uber cab from Juhu to Kurla around 10.30 pm on Wednesday.

During the journey, Sarkar was discussing with his friend on mobile phone people's discomfort with 'Laal Salaam' slogan at Shaheen Bagh protest in Delhi. The driver, who was listening, stopped the cab and told Sarkar he wanted to withdraw money from ATM. But he returned with two policemen, who allegedly asked Sarkar why he was carrying a 'dafli' (a percussion instrument), and also asked him his address.

The driver allegedly asked the police to take Sarkar in custody for "he was saying he was a Communist and was talking about burning the country".

Secretary of the All India Progressive Women's Association Kavita Krishnan had tweeted about the incident.

According to the statement tweeted by her, the police advised Sarkar not to carry the dafli or wear a red scarf, "as the atmosphere is not good and anything can happen".

Talking to PTI on Friday, Sarkar said, "The behaviour of the driver was aggressive and his language was violent. This type of violent language symbolises whatever is going on in the country."

"The driver threatened me that he could have taken me somewhere else, but took me to a police station. I was scared due to his threat. But the driver must have some foundation for giving threat," he said.

Sarkar said he was living at a friend's place in Kurla, but shifted to Andheri after the incident.

"When our fight is only of thoughts, then we have to understand from where violence stems and how," he said.