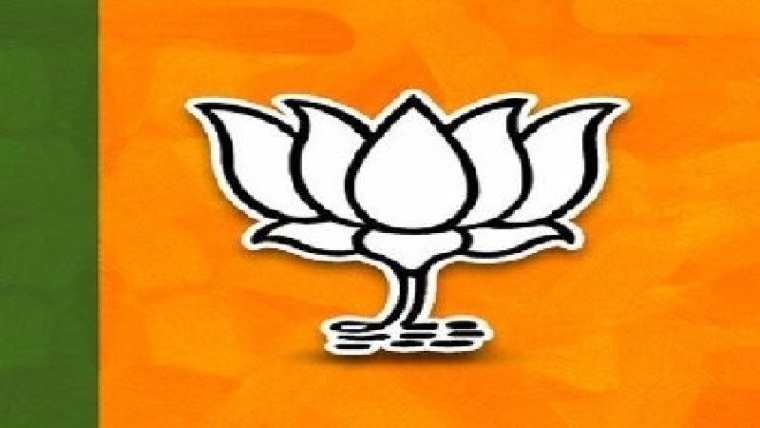 Lucknow/Patna: The BJP and its allies on Thursday won 26 of the 51 assembly seats at stake in the bypolls across 18 states and the Congress emerged victorious in 12 constituencies while Asaduddin Owaisi's AIMIM tasted its maiden electoral success in Bihar.

In bye-elections to two Lok Sabha seats, Prince Raj of the Lok Jan Shakti Party won in Samastipur (SC) in Bihar defeating Ashok Kumar of the Congress, while Shriniwas Dadasaheb Patil of the NCP emerged victorious in Maharashtra's Satara constituency over Udyanraje Pratapsinhmaharaj Bhonsle of the BJP.

The Samajwadi Party turned out to be a major gainer in Uttar Pradesh, wresting a seat each from the ruling BJP and the BSP, while the NDA got eight, one less than it held.

The ruling JD(U) suffered a setback in Bihar managing to win only one of the four seats it contested. Bypolls were held in five seats of which RJD won two and AIMIM one. The remaining seat was won by an Independent.

The results gave the once mighty RJD a reason to smile, while Hyderabad MP Owaisi's AIMIM gained a toehold in the state clinching Kishanganj, a Muslim dominated constituency. BJP rebel candidate Karnjeet Singh won the Dharaunda seat as an Independent.

The JD(U) could win only Nathnagar where its candidate Laxmi Kant Mandal beat Rabia Khatun of the RJD by little over 5,000 votes.

Of the five seats where by-polls were held, four were held by BJP ally the JD(U) and one by the Congress.

Among the states ruled by the BJP and its allies, bypolls were held for the maximum 11 seats in Uttar Pradesh, followed by six in Gujarat, five in Bihar, four in Assam and two each in Himachal Pradesh and Tamil Nadu.

The other states where bypolls were held are Punjab (4 seats), Kerala (5 seats), Sikkim (3 seats), Rajasthan (2 seats) and one seat each in Arunachal Pradesh, Madhya Pradesh, Odisha, Chhattisgarh, Puducherry, Meghalaya and Telangana.

The BJP and its allies held nearly 30 of these assembly seats, while the Congress had won 12 and the rest were with regional parties.

In a morale booster after the Lok Sabha poll drubbing months ago, the ruling AIADMK in Tamil Nadu wrested two seats from arch-rival DMK and its ally Congress. AIADMK won by impressive margins in Vikravandi and Nanguneri constituencies.

In Kerala, the Congress-led UDF tasted defeat at the hands of the ruling LDF headed by the CPI-M in its strongholds of Vattiyoorkavu and Konni, while it retained two seats and won from the Marxist bastion of Aroor.

Thiruvananthapuram Mayor V K Prasanth won from Vattiyoorkavu by a margin of over 14,465 votes against his nearest Congress rival K Mohankumar.

Another UDF bastion, Konni, went to the LDF kitty with its candidate K U Jenish Kumar winning by 9,953 votes defeating P Mohanraj (Cong).

However, the LDF tasted defeat at Aroor, a CPI(M) stronghold where UDF's Shanimol Usman, who had unsuccessfully contested the April Lok Sabha poll from Alappuzha, won with a margin of 2079 votes.

Usman defeated her nearest rival Manu C Pulickal of the LDF by a margin of 2,079 votes.

The UDF won the Manjeshwaram seat where M C Kamaruddin (IUML) won by a margin of 7,923 votes against BJP's Raveesh Thanthri Kuntar.

It retained the Ernakulam seat as its candidate T J Vinod, deputy Mayor of Kochi corporation, defeated his nearest rival advocate Manu Roy, the LDF-Independent candidate by over 3,750 votes.

The defeat at Vatiyoorkavu and Konni comes as a rude shock for the UDF which had won 19 of the 20 Lok Sabha seats in the Lok Sabha polls in May.

Following the bypoll outcome, the LDF's strength has now gone up to 93, while that of UDF 45 in the 140-member house.

In Madhya Pradesh, the Congress wrested back its traditional Jhabua assembly seat from the BJP. Congress candidate and former Union minister Kantilal Bhuria won by a margin of over 27,804 votes, defeating BJP's Bhanu Bhuria.

The Congress now has 115 members, one short of simple majority in the 230-member house. It enjoys the support of 4 Independents, two BSP MLAs and one SP MLA.

The ruling Congress in Rajasthan increased its tally in the state assembly by winning the bypoll to Mandawa seat while MP Hanuman Beniwal's Rashtriya Loktantrik Party retained the Khinwsar seat.

Congress's Rita Chaudhary won from Mandawa by a margin of 33,704 votes while RLP candidate Narayan Beniwal won Khinwsar by 4,630 votes.

Now the Congress tally in the 200-member assembly has increased to 107, including six those who had defected to the party from the BSP last month. The BJP has 72 MLAs. The RLP now has three MLAs.

Earlier, the segment was represented by Shiromani Akali Dal chief Sukhbir Singh Badal, who was elected to the Lok Sabha in May.

But the ruling party suffered a setback as SAD's Manpreet Singh Ayali defeated its nominee Sandeep Singh Sandhu by a margin of 14,672 votes in Dakha.

Vishal Nehria defeated Independent Rakesh Kumar by a margin of 6,758 votes in Dharamshala.

In Puducherry, the ruling Congress retained the Kamaraj Nagar Assembly seat with its nominee A John Kumar defeating his nearest AINRC rival S Bhuvaneswarane by a margin of 7,170 votes.

With this win, the Congress's strength in the assembly has been restored to 15 in which the Congress enjoys the support of the DMK, its alliance partner, from outside.

The bypoll was necessitated after the incumbent legislator V Vaithilingam (Congress) quit following his election to the Lok Sabha from the lone seat here in April.

The ruling Congress won the bypoll from the Naxal-affected Chitrakot constituency, reserved for Scheduled Tribes, in Chhattisgarh with Rajman Benzam defeating Lachhuram Kashyap of the BJP by a margin of 17,862 votes.

BJD candidate Rita Sahu won the Bijepur Assembly seat in Odisha defeating Sanat Gartia of the BJP by 97,990 votes, which is the highest-ever margin in the history of the state's assembly polls.

The ruling SKM's tally in the 32-member House has now gone up to 19 while the BJP's strength in the House is 12. Ten SDF legislators had earlier switched to the BJP.

United Democratic Party candidate Balajied Kupar Synrem won the bypoll to Shella constituency in Meghalaya by over 6000 votes. The bye-election was necessitated due to the death of UDP president Donkupar Roy, who had represented the seat for a record seven times, earlier this year. Synrem is Donkupar Roy's son.

The ruling BJP and the Congress shared the spoils in Gujarat winning three seats each. OBC leader Alpesh Thakor, who switched sides from the Congress to the BJP, lost from Radhanpur by a margin of 3,807 votes to Congress's Raghubhai Desai.