A few weeks ago, 28 year -old independent journalist Mandeep Punia probably didn’t expect to become a headline himself. On 30th Jan he was arrested by the Delhi police while covering the farmers’ protest at Singhu border, and charged with allegedly obstructing public servants in discharge of public functions. The day before he had posted videos on social media of crowds pelting the farmers with stones as the police looked on, and had even identified politicians amongst them.

In his 4 days in Tihar Jail, before getting bail, he didn’t lose the opportunity of getting a story as he scribbled notes on his arms and legs after speaking to his fellow inmates, many of whom were farmers. He promptly returned to Singhu border after his release and continues to report relentlessly on the myriad problems faced by farmers and labourers.

He says that his Aandolan is within journalism itself, to fight for more space in mainstream media for rural issues. He is also the founding member of Delhi Based CAAG - the Committee Against Assaults on Journalists. We asked him about the driving force behind his grass root reporting.

Tell us about your background and your brand of journalism?

I am from a rural area – Jhajjar in Haryana. I did my schooling in the village itself. Later on I attended IIMC (Indian Institute of Mass Communication) and got a post grad diploma in Hindi Journalism. My father was a farmer, and my mother is also currently a farmer. I still live in a village. Whatever crises there are in rural India, they need to be covered seriously. That’s why I chose rural journalism. The areas I cover are Punjab, Haryana, Rajasthan and Southern UP.

I am not an activist. I can’t shout slogans with farmers. That’s not my job. The first step is to report. Secondly, those who are concerned about farmers issues, you can coordinate their efforts.

What’s the current state of rural journalism in India?

When I was in university I heard this lecture by P Sainath. He said that rural India does not even get 1 percent space in mainstream media. Mine is an activism within journalism. I am not an activist outside journalism. I am fighting for space for rural issues in mainstream media. Initially there were labour beats and agriculture beats. That doesn’t exist anymore. Now journalists mainly go to the labour ministry or agricultural ministry to cover these issues. Many independent journalists don’t have resources to report from ground zero. I follow journalists like P Sainath and Abhishekh Srivastava who have seriously covered rural India.

Has your arrest affected your reporting in any way? After you got released from Tihar what has been your focus?

The Police have deleted my videos and contacts from my phone. They took all my data… emails etc. They even broke my small camera that had the videos of the people pelting the farmers with stones. After being released I went back to Singhu and continue to report on the growing narrative there. I cover the protests from the site. I sleep there sometimes. I also view the farmers critically. I ask them tough questions too. I write constantly about the agricultural crisis. For 4 years I have been persistently tracking rural issues in my area, such as farmers’ suicide and locust attacks, etc. I covered the farmers’ protest from the ground in September, October and November in Punjab and Haryana. No one came to cover that. Only when the protests reached their doorstep in Delhi did most journalists cover it.

You report from Ground Zero. What’s your personal view from the ground about the impact that these 3 new farm laws will have?

When I report from the ground I see that contract farming lead to the dismantling of Government APMCs in Bihar in 2006. This led to the migration of farmers from Bihar and they became Mazdoor or laborers. Contract farming will impact APMCs and the MSP, there will be difficulties for farmers.

We need to talk more about the police being used by political parties. The Police refer to anyone who protests as a desh drohi (anti-national). Who has filled their head with these opinions that protestors are anti-national?

The Government says APMCs and MSP won’t be abolished. So why will a more open market system affect the farmers?

The laws will allow the creation of private Mandis parallelly and they will not be taxed. So buyers will go to the private mandis and the government APMCs will fall apart. The sellers will also be helpless and go there. The new system will benefit for 2 years – they will get good prices for crops but beyond that the Govt APMC will decline based on past experience from what happened in Bihar. Nobody said they were going to remove the APMCs but it happened. There will also be crops imported from abroad. When 5 lakh tonne corn was imported from America, corn from Bihar was forced to be sold at a very cheap price.

Why does the government feel that it’s their responsibility to provide cheap raw materials to the agro food industry? These companies buy raw materials from farmers at Rs 2 a kilo and sell a 20 gm bag of chips for Rs 20. I don’t understand why the government is so concerned about the profit of the agro food industry. Inputs in the agricultural sector, such as tractors, fertilizers and seeds are being made by big private corporations but the output (grains) has been in the hands of the farmers. Now they want the input and output to be captured by big corporations.

Nobody is even talking about the third farm law.

Your sympathies lie with farmers then?

When you see there is so much inequality, it is our duty as journalists to write about the section or class who is oppressed like labourers and farmers. It’s difficult to be balanced and impartial, your sympathy will be with the people who are suffering so much oppression. Do these sympathies influence your political ideologies?

I have no ideology. If I had political ideology I would be an activist. I just have to understand issues and report. I have no interest in left or right politics.

Beyond reporting, how do you try and bring attention to rural people’s problems?

My job is to report the issues. I do send reports to farm unions to draw attention to the very serious issues. When there were bad locust attacks I sent my reports to the local governments and farm unions in Rajasthan and NGOs who work in the farm sector. In case they can help farmers.

I am not an activist. I can’t shout slogans with farmers. That’s not my job. The first step is to report. Secondly, those who are concerned about farmers issues, you can coordinate their efforts.

Besides the farmers’ protest what are the other issues you are covering now?

I reported about the arrest of Dalit protestors Shiv Kumar and Nodeep Kaur and their abuse by the police. Custodial violence is also caste based. They were beaten so badly because they are Dalits. If they had been from a dominant caste they would not have been treated so badly. When I report on these issues even the police authorities ask me why I am reporting on Dalits. The police don’t even consider them as human beings.

We need to talk more about the police being used by political parties. The Police refer to anyone who protests as a desh drohi (anti-national). Who has filled their head with these opinions that protestors are anti-national?

Do people tend to label you because of the nature of your journalism?

That’s the job of people, to call you a Khalistani or Urban Naxal. Either you focus on the label they give you or on your journalism. Only your journalism can answer these labels and accusations. Neither am I attached to a political party or organization. I am just witnessing who is being treated unjustly in society and I report about that. People troll me on twitter and abuse me. I don’t respond to anything fake. I only engage in discussions that are concrete and factual. 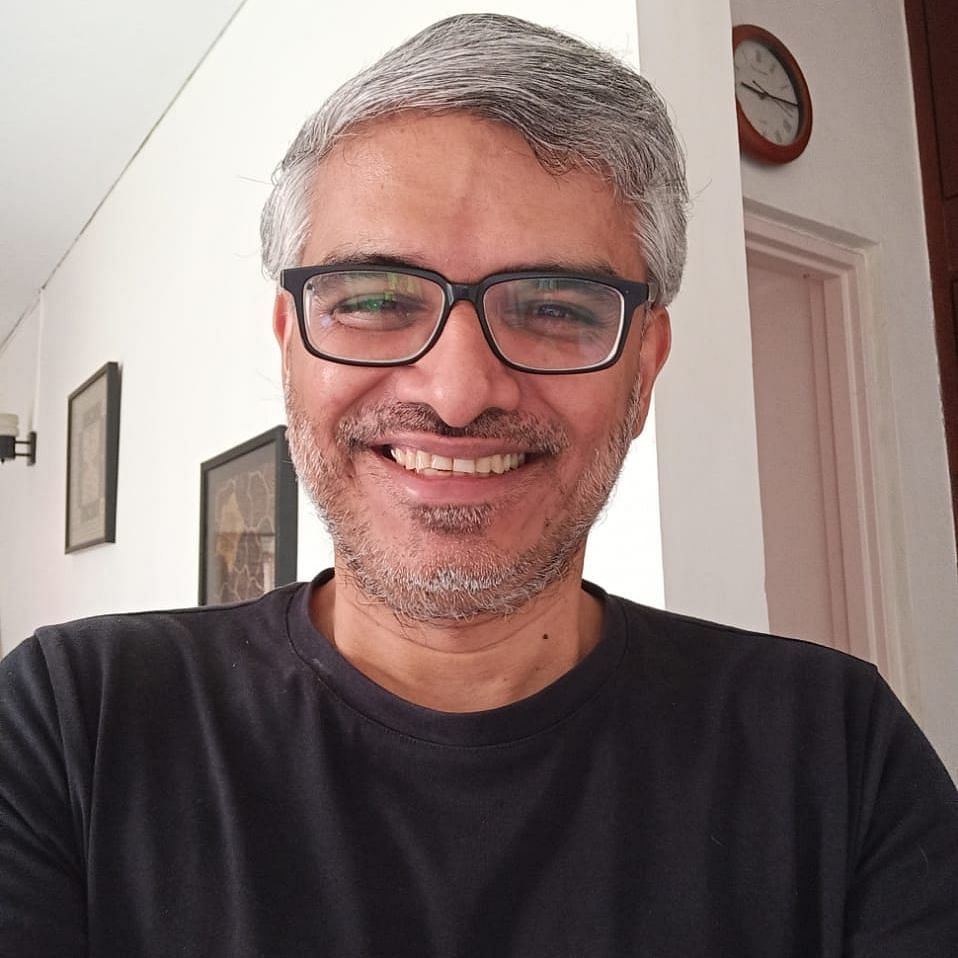