This is for the first time since the outbreak of the Covid pandemic in March last year that the body of a person buried under police watch was returned to their kin.
PTI 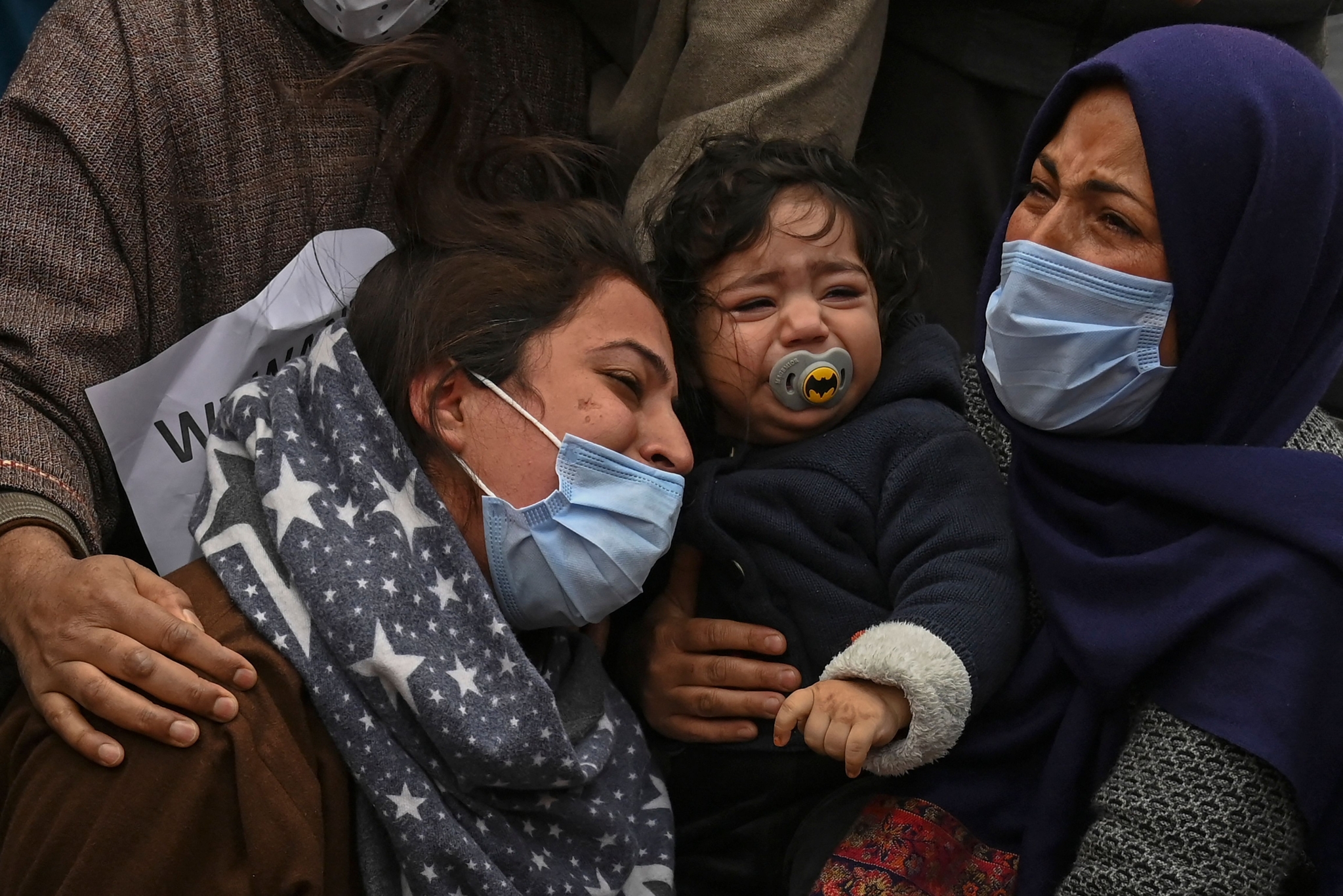 Bodies of Mohammad Altaf Bhat and Mudasir Gul, two civilians killed in the Hyderpora encounter, were laid to rest hours after they were exhumed here, officials said on Friday.

The bodies, which were exhumed at Handwara after sundown on Thursday, reached here around midnight, they said.

The officials said emotional scenes were witnessed as soon as the bodies of Bhat and Gul reached Barzulla and Pirbagh, respectively. Men, women and children waiting for the bodies broke down, wailing over the mortal remains as they caught the last glimpse of the slain before they were laid to rest.

After sometime, the bodies were taken out in processions to the local graveyards amidst chanting of religious verses.

The authorities had told the families to limit the gathering and bury them quickly, the officials said.

They said the bodies were laid to rest at their ancestral graveyards in Barzulla and Pirbagh after funeral prayers were held.

This is for the first time since the outbreak of the Covid pandemic in March last year that the body of a person buried under police watch was returned to their kin.

The exhumation came after tremendous pressure from the families as well as mainstream politicians, including former chief ministers Omar Abdullah and Mehbooba Mufti, and civil society groups.

On Thursday, Lieutenant Governor Manoj Sinha ordered a magisterial inquiry into the encounter in which four persons were killed.