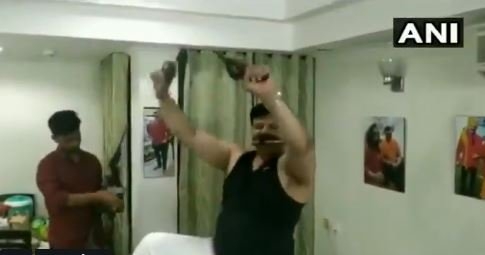 In a press release by the BJP on July 10, Jaju said, "There is already a three-month suspension on Khanpur MLA Pranav Champion and after seeing his video the BJP is taking action on it.

The BJP's state unit recommends the Central unit of the party to permanently suspend Pranav Champion." "The party cannot compromise on any incident related with indiscipline," Jaju said. 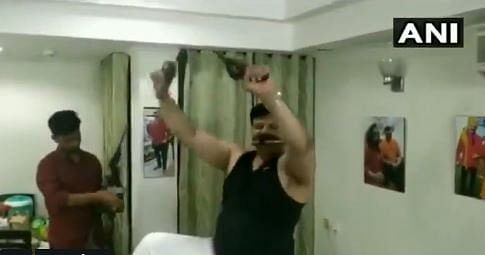 Champion who is under suspension from his party for indiscipline, landed into controversy once again on Wednesday after a video of him brandishing guns went viral on social media.

The BJP MLA was caught on camera dancing to Bollywood item songs while holding guns in both his hands. Champion was also found using abusive and foul language in the clip while shaking a leg on the song from the famous Bollywood movie 'Karan Arjun.' His supporters were also seen supporting him in the shameful act.