'BJP sent him home even before polls': Akhilesh Yadav on Yogi Adityanath being fielded from Gorakhpur for UP Assembly polls 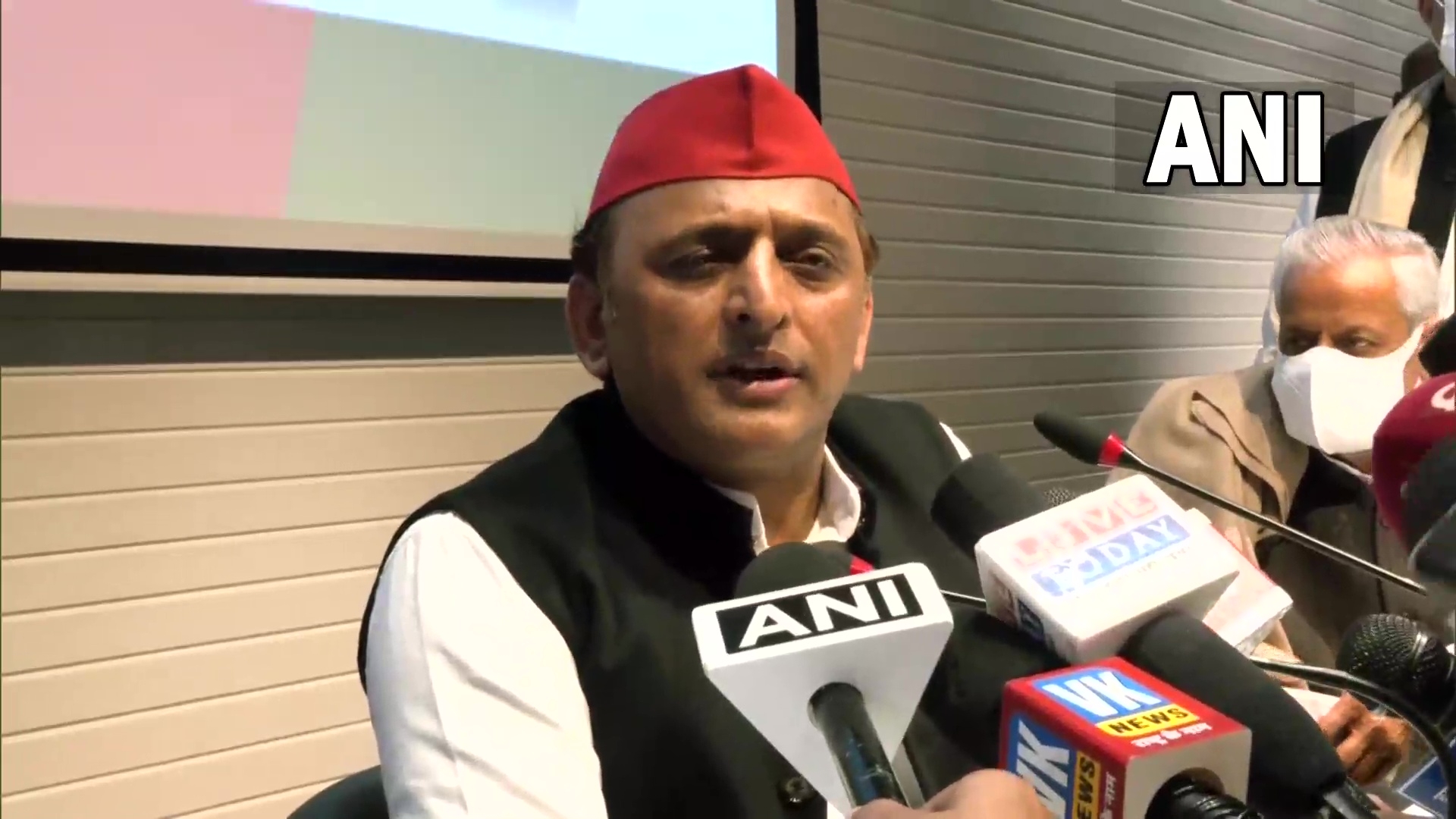 Samajwadi Party leader Akhilesh Yadav hit out at UP Chief Minister Yogi Adityanath Saturday, minutes after the BJP said he would contest next month's election from his stronghold in Gorakhpur.

"I'm thankful to BJP. They have sent him home even before (polls), though people would have done it... Speculation was rife over Yogi Adityanath contesting from Ayodhya, Prayagraj...& then this", SP chief said.

Akhilesh Yadav's Samajwadi Party has emerged as perhaps the biggest challenge to the BJP's UP re-election bid, with the former Chief Minister's "rainbow" alliance of regional parties from eastern UP (and, hopefully, votes from angry farmers from the west) threatening to oust the ruling party.

Yadav also presented his version of events regarding the breakdown in seat-sharing talks with Chandrashekhar Azad's Azad Samaj Party.

"He (Azad) came to me yesterday (and) said he will contest. I gave Ghaziabad and Rampur Maniharan seats after talking to Lok Dal. Then he came, after talking to someone on the phone, and said he cannot fight... Whose phone was that? Who conspired?" he declared.

"Akhilesh Yadav does not want Dalits in this alliance, he just wants Dalit vote bank. He humiliated the people of Bahujan Samaj, I tried but the alliance could not happen", he said.

The Samajwadi Party allies for the upcoming UP polls include the Rashtriya Lok Dal (RLD), the Suheldev Bharatiya Samaj Party (SBSP), the Pragatisheel Samajwadi Party (Lohia), the Nationalist Congress Party (NCP), the Mahan Dal, the Apna Dal (Kamerawadi) , the Trinamool Congress and the Janvadi Party (Socialist).

The SP and RLD alliance on Thursday released the list of the 29 candidates who will contest election on the SP and the RLD tickets on the assembly seats located in western UP.