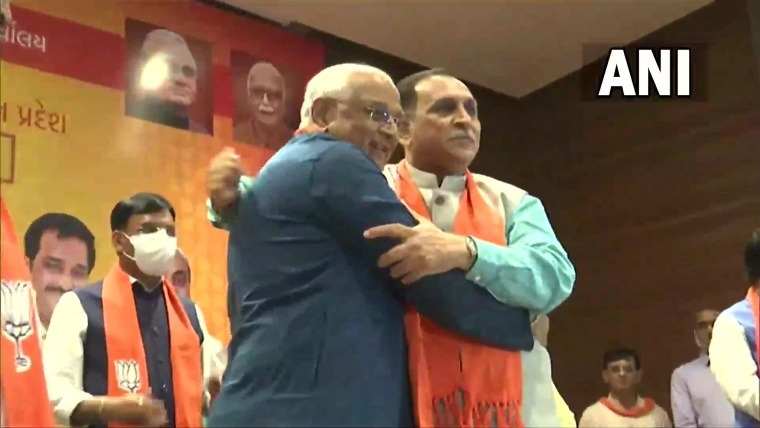 The senior Bharatiya Janata Party (BJP) has submitted his resignation letter to Governor Acharya Devvrat at the Raj Bhawan.

Bhupendra Patel is a BJP MLA from Ghatlodiya assembly seat and also an ex-chairman of the standing committee of the Ahmedabad Municipal Corporation.

Deputy CM Nitinbhai Patel, former Gujarat minister Gordhan Zadafia, and Praful K Patel, Administrator of Dadra and Nagar Haveli, and Lakshadweep were among the names who were touted to succeed Vijay Rupani.

Bhupendrabhai Patel (55) is a member of the Bharatiya Janta Party and he became the MLA for the Ghatlodiya constituency after winning the 2017 Gujarat Legislative Assembly elections, running against Shashikant Patel of the Indian National Congress.

He won by a record margin of 117,000 voters, the largest for any constituency in Gujarat for the BJP in this election.

Notably, Patel who is a one time member of the legislative assembly from Ghatlodiya seat was earlier held by former chief minister Anandiben Patel.