On Saturday, BJP leader Kapil Mishra led a rally in support of the Citizenship Amendment Act. A video of the rally was shared by the BJP leader on Twitter, in which supporters were heard shouting slogans like 'goli maaron saalo ko'. The slogans implied that anti-CAA protesters were traitors and asked the police to shoot them.

Kapil Mishra on December 20, tweeted the video saying, "we have also hit the street. A peaceful rally with Delhi youth in support of Citizenship law."

The statements which heard in the video did not go down so well with netizens and they have been expressing their views in the way they know best: by posting about it on social media. After which #KapilMishra started trending on Twitter and the tweets that have been doing the rounds range from hilarious to bizarre.

Even, producer-director Anurag Kashyap slammed BJP and Kapil Mishra. "No section 144 for those who protest in favour even if they are shouting “देश के ग़द्दारों को, गोली मारो सालों को”। that’s how biased the state and the government is ..", Kashyap tweeted.

While other user said, "@DelhiPolice needs to answer some tough questions here. Is section 144 applicable only to those who are protesting against #CAA_NRC? Are there instructions from Amit Shah to allow rioters like @Kapilmishra_ind to spread violence in peaceful protests?"

Delhi on Friday witnessed a wave of fresh protests with a car being set on fire during one of the several demonstrations by people in their thousands who took to the streets shouting anti-government slogans over the contentious citizenship law. The epicentre of the protest was the locality around the Jama Masjid where large number of people held a massive protest after the Friday prayers at the mosque defying prohibitory orders and police clampdown.

Hours before the violence broke out, an announcement was made from a nearby mosque in Delhi Gate urging people to maintain peace and go back home as they have already expressed their anguish over the new law. Protests against the Citizenship Amendment Act (CAA) were also witnessed in several other areas in the national capital including in Jamia Millia Islamiya, Seemapuri, Jantar Mantar, India Gate and northeast Delhi's Seelampur, the site of large scale violence by protestors on Tuesday.

The city was rocked by massive protest on Thursday too with thousands of students, activists and opposition leaders hitting the streets against the citizenship law. At least 18 metro stations including Rajiv Chowk, Chawri Bazar, Lal Quila, Jama Masjid and Delhi Gate were closed to stop movement of protesters in the area. Police deployed drones to keep a vigil on the gathering. 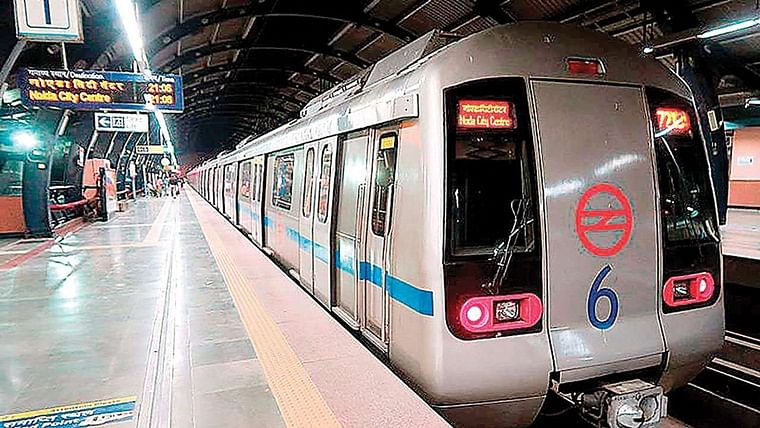