'BJP has grown in strength, workers capable of hitting back when rivals attack them': Karnataka minister KS Eshwarappa stokes controversy 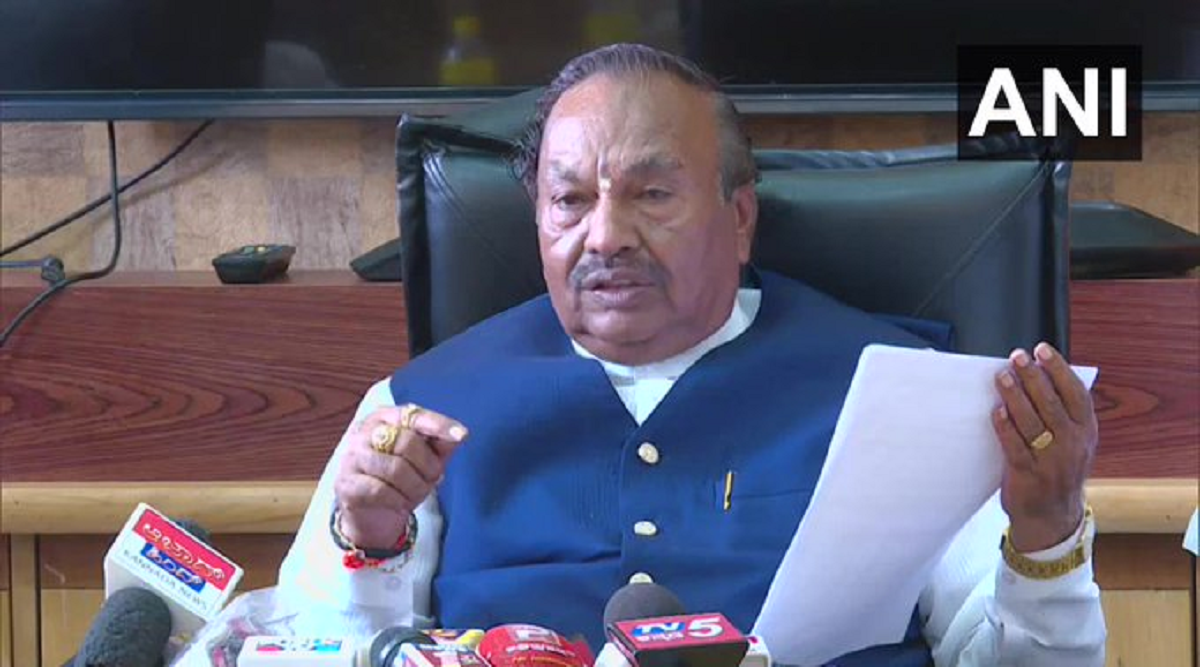 Bengaluru: In a controversial speech, senior Karnataka Minister KS Eshwarappa has advocated the policy of an eye for an eye and said there is nothing wrong in the use of violence against opponents. He suggested that party workers should take law into their own hands to avenge political violence. He was addressing party workers at an event held in his home district of Shivamogga.

In this speech Sunday, he said due to the growing strength of the BJP and RSS, party activists are encouraged to “hit back in the same force and give it in double to our opponents".

He added that there is no need to keep silent given the party’s strength. “Now if we are attacked, we are asked to hit back in the same force and give it in double to our opponents.”

“In neighbouring Kerala, if any of our Rashtriya Swayamsevak Sangh members had gone there to establish our office, they used to question us and kill our activists. We didn't have the strength to hit them back. Today we have lakhs of supporters for BJP and people join in lakhs in our Hindutva rallies. Earlier, when our activists used to be killed, our party seniors used to say 'be calm at all cost'. Whatever the situation may be, stay calm. Why? Because we didn't have that kind of strength. Now the Bharatiya Janata Party has grown that big across the world,” he was quoted by TNM.

He went on to add that “the wave of Hinduism is developing there (Kerala). Yes, we do not have the strength to teach nationality to Muslim and Christians. But we (BJP) are growing in Tamil Nadu and Kerala.”

Later, when confronted by reporters, the minister defended all his statements and said, "What's wrong in those statements? We can't keep quiet if our women, cows and party workers are attacked and targeted. There is nothing wrong with it."

In the past too, Eshwarappa has been known for communally charged comments and even gone to the extent of alleging that minority communities like Muslims and Christians are not nationalists.