Patna: Close on the heels of a man in Khagaria district of Bihar receiving Rs 5.5 lakh in his account due to an error of the banking staff, the accounts of two schoolboys of Katihar district were credited with Rs 900 crore and Rs 6 crore, respectively, which was later attributed to a system glitch in the Uttar Bihar Gramin Bank. The mind-boggling amount of Rs 900 core was credited in the account of class VI student Guruchandra Vishwas while Ashish Kumar was richer, at least in the books, by Rs 6.2 crore. Later, the Katihar district magistrate, Udayan Mishra, while speaking to the local media, said that he has asked the bank to submit a report on the matter.

“Last evening, I received information that a huge sum has been detected in the accounts of two boys. We went to the bank branch early this morning to check how it happened. The branch manager told us there was some glitch in the computerized system. The amount, though visible in the statements of the two students, was not in reality present in their account,’’ Mishra explained.

A few days back, a similar incident was again reported in Khagaria district, where a private tutor, Ranjit Das, received ₹5.5 lakh in his account due to a bank error. But when the bank staff contacted him, he refused to transfer the amount.

“I felt that due to Covid-19 and the lockdown, the government had sent the amount into my account. These days, a lot of banking frauds are taking place; so, I did not return the amount. I spent Rs 1,60, 970 from the said amount. I was happy that the government had sent some money when I needed it. How else could money reach my empty account,” Das asked the police, who were looking into the complaint filed by the bank. Later, he was arrested and sent to judicial custody by a local court. 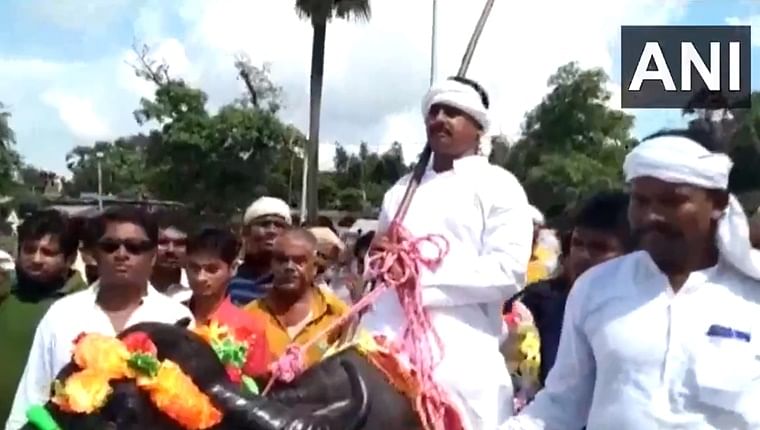