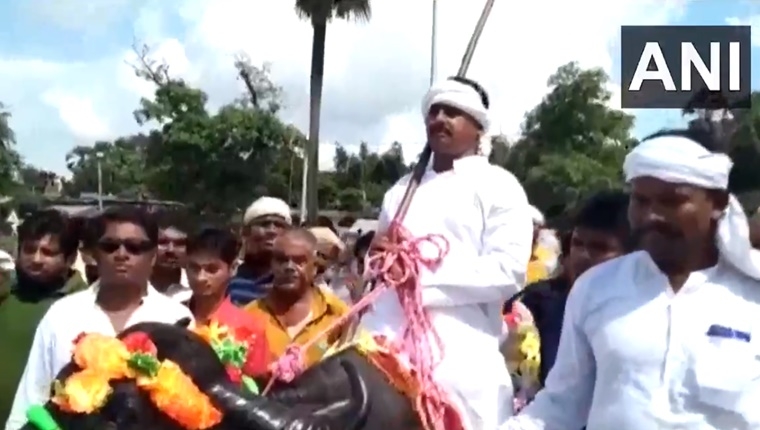 As the process for Bihar Panchayat polls began, candidate Azad Alam was seen travelling on a buffalo to file his nomination from Katihar district’s Rampur panchayat on Sunday.

The video of the incident, shared by news agency ANI, has gone viral on social media. In the video, Azad Alam can be seen waving a lathi in his hand. As he travelled on the buffalo, a large crowd of supporters gathered around him and began to follow the procession.

Bihar State Election Commissioner Deepak Prasad had said: "As you know, panchayat election 2021 was supposed to happen in June but due to COVID-19 pandemic, everything got disturbed. After the COVID pandemic, the monsoon came, as soon as the monsoon gets over, we will start with the election process. There are 11 phases, In the first phase, 10 districts will go for the election."

"The unique aspect of the panchayat election is that we will be using the EVM's for the first time and that the entire election process, up to results will be monitored online and the entire process will be digitized," stated Prasad.

The announcement came days after the Bihar government gave a nod to the long-awaited panchayat elections in the state.