Even after 37 years after the Bhopal gas tragedy, December 3 is one of those blot marks of history that can never see closure.
IANS 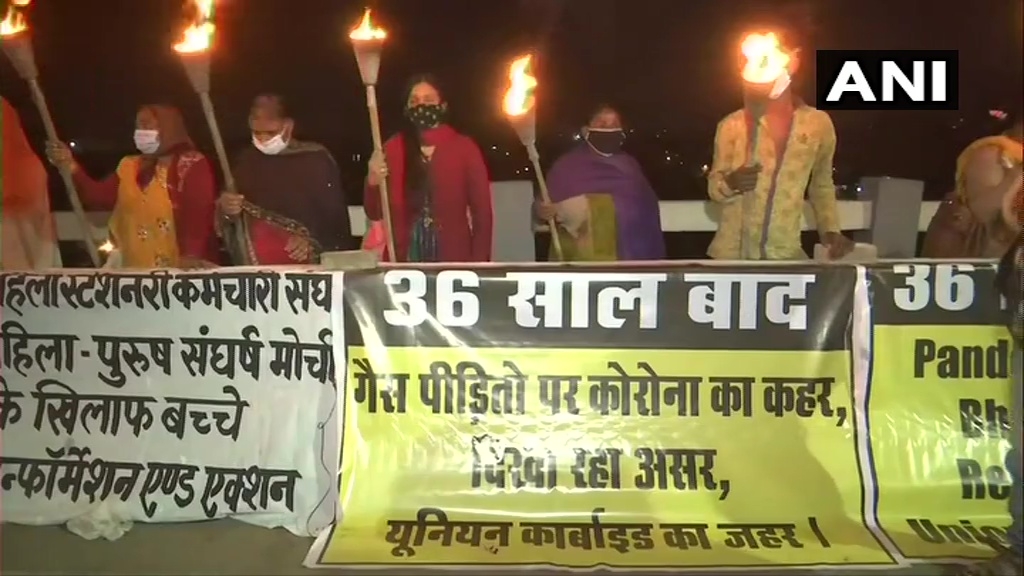 Bhopal, Dec 1 (IANS) Spread over 85 acres, the Union Carbide factory premises gives an eerie feeling with falling buildings and ever-growing shrubs, a remnant of an unparalleled tragedy that saw thousands die and lakhs suffer. Thirty-seven years after the Bhopal gas tragedy, December 3 is one of those blot marks of history that can never see closure.

Around half a dozen buildings, which include offices, guestrooms, canteen for employees and workers, etc, situated at different locations of the land are in a dilapidated state. Each one of these buildings had a specific role to play in the process of making and storing of the highly toxic substances -- methyl isocyanate (MIC).

Surrounded by dense bushes, and a warning note as a prohibited zone for general public, the only building appearing to be in a better condition -- is the three-storey structure, which used to be the office and the residence of senior employees of the Union Carbide Corporation (UCC), an American chemical corporation owned by Dow Chemical company. In other buildings, time and thieves have imprinted their mark.

Apart from the buildings, some other residues such as big size tanks, iron pipes along with flare towers and some other materials are also available. A heavily concrete portion of land within its boundary, located hardly 300-350 meters away from the MIC production site, appeared to be a helipad.

One of the three iron tanks (Tank - E610), whose malfunctioning had resulted in the leakage of toxic MIC gas and caused deaths of around 3,000 people within the next few hours after the leak, is seen lying along the roadside within the premises. The reports suggest that the Bhopal UCIL facility had housed three underground -- 68,000 liters liquid MIC storage tanks, named -- E610, E611 and E612.

As per the government's data, over five lakh people were exposed to methyl isocyanate (MIC) gas, however, estimates vary on the death toll. A total of 2,259 deaths were immediate, the activists, however, said that around 8,000 people died within two weeks, and another 8,000 or more died from gas-related diseases over the following years.

Underground tank - E610, that had stored around 42 tonnes of MIC gas at the time of disaster -- the intervening night between December 2 and 3 -- was removed from its foundation and set aside later in 2010.

To protect the factory assets from thieves and to prohibit the general public's entry within its premises, the Madhya Pradesh government in 2010 set up a concrete boundary wall. The state government has also deployed Bhopal district police for security concerns. However, only three police personnel, who are permanently deployed for the security, could be seen playing cards inside.