The Bharat Jodo Yatra has completed its Rajasthan leg and entered Haryana on Wednesday morning.

Jaipur: Although Congress leader Rahul Gandhi’s Bharat Jodo Yatra (BJY) left Rajasthan on Wednesday for ministers of the ruling Congress and its leaders Padayatra will continue as it has been made mandatory for them to go on a 15 km walk among the people every month. It will probably start on January 26.

The state president of Congress Govind Singh Dotasara said in his tweet ‘The government and the organization are working together in Rajasthan. On the suggestion of Rahul Gandhi ji, it has been decided that it will be mandatory for every minister, MLA and party functionary to do a 15 km Padayatra every month to listen to the problems of common people and understand their problems.’

Notably, Rahul Gandhi had suggested this in the public meeting at Malakhera, Alwar on Monday, though his suggestion was only for the ministers state Congress president has implemented this for MLAs, workers and party office bearers also. 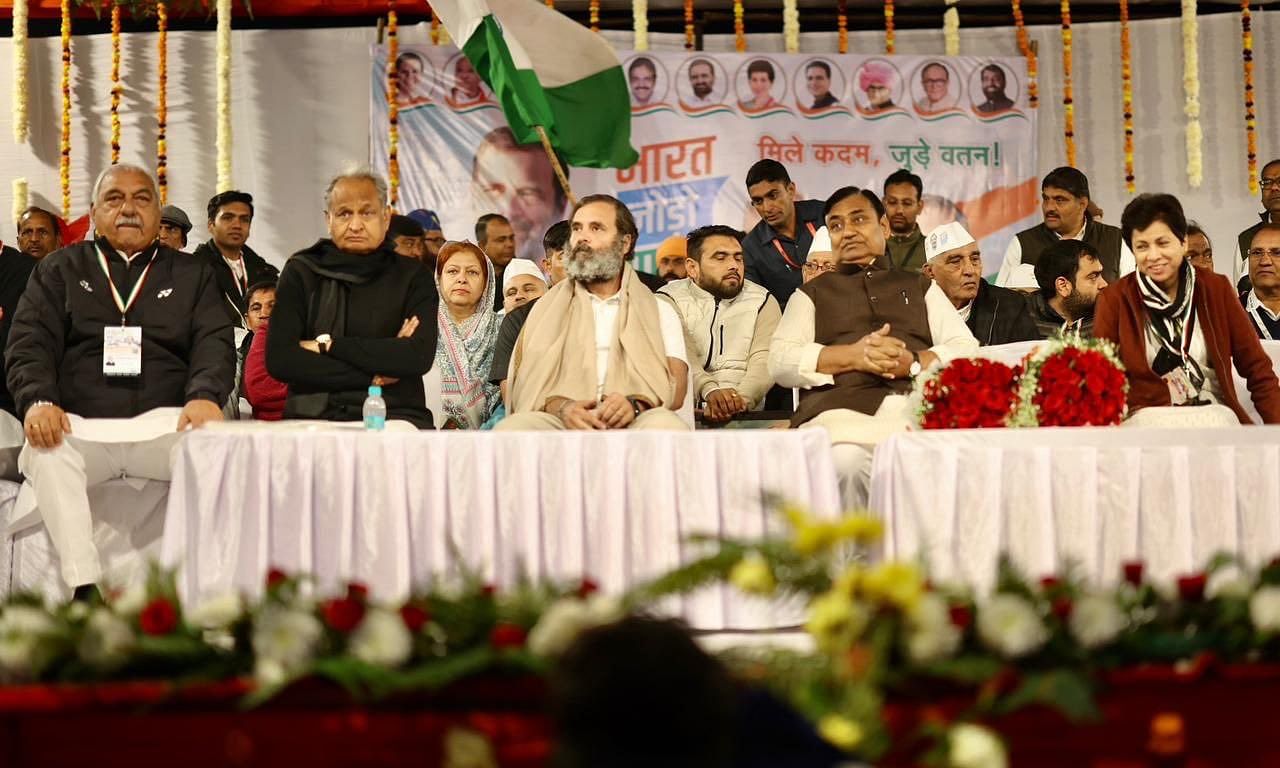 Dotasra said to the media that if someone wants to work in the organization, take a post or become an MLA or want to be a minister, then he will have to walk 15 kilometers among the people every month.

In the meantime, the Bharat Jodo Yatra has completed its Rajasthan leg and entered Haryana on Wednesday morning. Rajasthan CM Ashok Gehlot and Congress president Govind Singh Dotasara handed over the national flag to the leaders of Haryana. Rahul Gandhi thanked the people of Rajasthan for their love and support during the Yatra.

It is to mention here that BJY stayed in Rajasthan for 16 days. It passed through 6 districts of southeast Rajasthan and covered around 485 km. The Yatra entered the state amidst political infight of top leaders of the Rajasthan Congress but putting aside all apprehensions, the Yatra passed without any political controversy and leaders followed the clear instructions of the party's high command to focus only on Yatra till it passes from the state.