According to the schedule, the yatra in the first phase, would enter Haryana from Ferozepur Jhirka town of the Nuh district on December 21

Committees formed for management of BJY

In the second phase, the yatra is likely to enter Haryana from Panipat district around January 6, 2023, from where it would cover several towns of different districts before entering Punjab from Ambala district of Haryana, around January 8.

On Saturday, the party leaders also went to all the tentative points of the route of the yatra where Rahul is likely to address gatherings or participate in other events.

Calling upon all the party leaders to make the yatra a success, Mr Gohil, the party's Rajya Sabha member from Gujarat, also said Rahul had set out on the yatra with a positive message and to stop the divisive policies of the BJP. He, however, categorically held that indiscipline in the party would not be tolerated.

The meeting was attended by all the four working presidents and almost all the 30 legislators – in the House of 90 MLAs - besides Udai Bhan and Mr Hooda, who is the leader of opposition in the state assembly.

Following the meeting, 14 committees were formed for the management of the yatra with appointments of coordinators for all the 22 districts. State party chief Udai Bhan, Mr Hooda and party Rajya Sabha member Deepender Hooda had also held meetings at the district level to ensure that the planned programmes for the yatra were executed effectively. 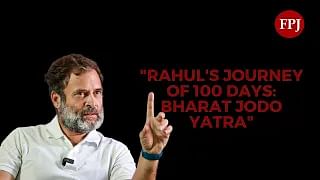